With a little help from a friend 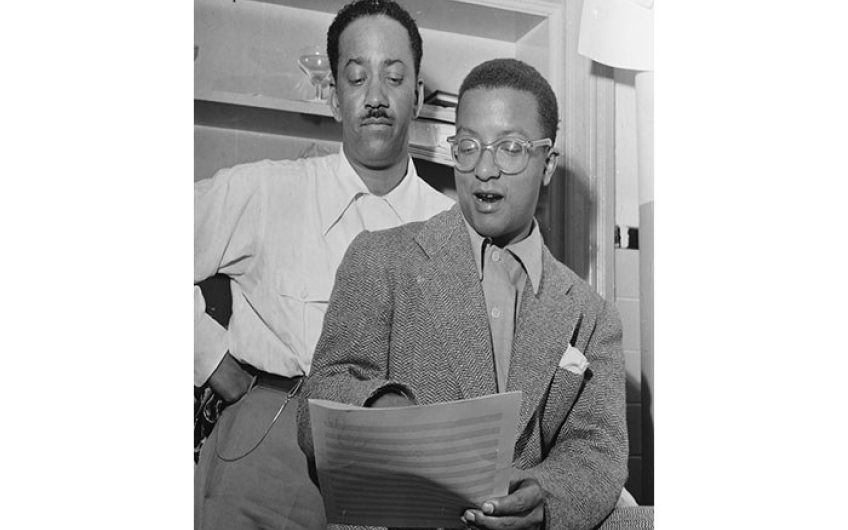 Eighty years ago this December, one of the greatest of all musical partnerships began. The meeting of Duke Ellington and Billy Strayhorn was as momentous as Paul McCartney introducing himself to John Lennon at a church fete in Liverpool in 1957, according to Thomas Brothers, author of a new book called Help! – The Beatles, Duke Ellington and the Magic of Collaboration.

The difference between the two relationships was that Lennon and McCartney both, more or less, got due credit for their input, while Ellington appears to have got more than his fair share of the limelight and the royalties.

The similarities were that, in both cases, there was a leader (Ellington, Lennon) who saw the value of enlisting a musical superior (Strayhorn, McCartney); and that, subsequently, who did what, when and where often became blurred.

Perhaps surprisingly, it is the story of the Ellington-Strayhorn partnership that is the most dramatic and poignant.

Like many great musicians, Ellington was a master of soaking up other people's work and making it his own; he had often fashioned compositions from his soloists' improvisations. If they were lucky, they got a credit – but often they didn't.

In December 1938, when Strayhorn, 24, introduced himself to Ellington, 39, backstage and showed him on a piano a cooler and cleverer way to play Duke’s material, the timing was perfect, as Ellington needed to find a new direction.

By hiring Strayhorn as his 'assistant', Ellington ensured his own remarkable musical legacy, since he had someone who could flesh out his ideas into works of genius (and someone, again, who sometimes got a writing credit - but often didn't).

However, Brothers says pointedly: 'As we look at the dramas of their relationship over the next decades, Ellington often seems like an exploiter of his assistant’s talents. But imagine these initial years from Strayhorn’s point of view. You are young, unconnected, slightly introverted, nerdy, African American and homosexual, with musical talent bursting out all over the place. What are your options? You would perhaps like to be associated with one of the great classical institutions of the US, one of its symphony orchestras, conservatories or opera houses. In 1939 they are not exactly begging you to join them… There was no better place for him to be than with Ellington.’

Brothers’s book is equally insightful and absorbing when it moves on to the evolution of the Lennon and McCartney relationship – academic analysis combined with grippingly human stories of collaboration and sometimes conflict.