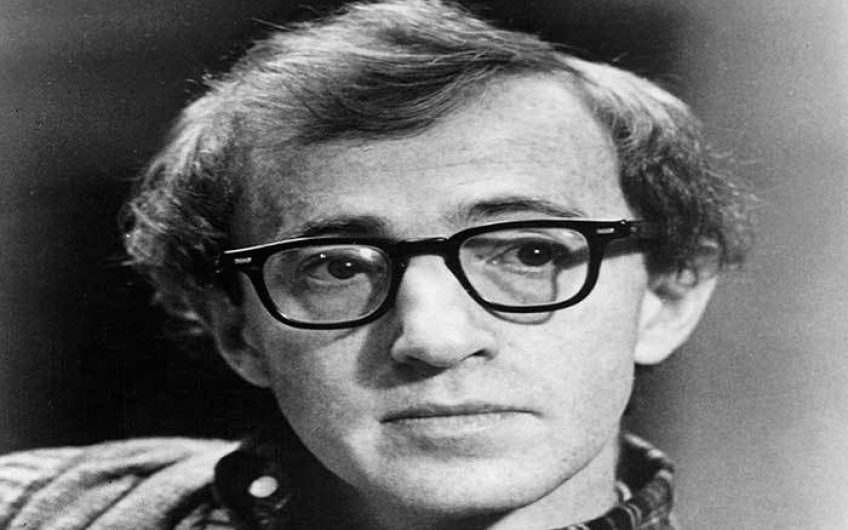 Woody Allen has now been writing and directing his own films for fifty years. He has also acted in many of them. His film, A Rainy Day in New York, which is due to premiere in September, is his forty-ninth. Not all of them are to everyone’s taste. As the last line – Billy Wilder’s, not Woody Allen’s – in Some Like it Hot says, ‘Nobody’s poifect’. But for me, even Woody’s less-successful films are light years better than the comedies that currently roll out of Hollywood – or Britain. My most recent favourite was the joyful and literate Midnight in Paris, which, in 2012, won Woody his second Oscar for best screenplay. He has won several for direction and best film. Yet whether his latest wins any awards or not – he thinks awards are ‘silly’ and doesn’t go to the ceremonies anyway – Woody Allen will be undeterred. He has already started making his next film – and on 1st

I must admit, however, to some proprietary feeling about Woody. I didn’t personally discover him, but I was there in Hollywood when it happened – and so was Godfrey Winn. In the mid-Sixties, Winn was reputedly the highest-paid journalist in Fleet Street, his only rival the slightly more up-market Beverley Nichols. They both wrote syrupy columns for the tabloids and for mass-circulation women’s magazines. Both were discreetly gay: their predominant appeal was to middle-class, middle-aged women who had no idea their Fleet Street heroes were not handsome heterosexuals.

Godfrey and I had been invited to be the two British journalists to report on the seventieth birthday celebrations for Jack, the elder of the Warner Brothers, in Hollywood. Godfrey was in his late fifties, very fit and shiny-looking. He had been both a juvenile actor and a talented tennis player – the south of England junior champion – and had ended up coaching guests at Somerset Maugham’s Cap Ferrat villa. Maugham had encouraged his literary ambitions and the two novels Godfrey subsequently wrote were published successfully. During the war he had hair-raising experiences as an ordinary seaman on the Murmansk convoys to north Russia: afterwards he wrote a book about them and resumed his climb up Fleet Street’s greasy pole. He had the gift of talking about himself without coming across as grand. Unlike your true egocentric, he did ask questions. He discovered I’d worked for four years in America, had a wife, a child and a recently published novel. He confided that he was pathetically nervous about going to Hollywood – ‘You will stick by me, won’t you?’

On our first morning we were taken on a tour of the Warner Bros studios and to a screening of their new film, The Great Race, a feeble rip-off of Around the World in Eighty Days. Afterwards, at a reception with the director and cast, we paid the price one pays for a freebie – the set smile and the false compliment. Limpet-like, Godfrey stuck to me as though I was some streetwise Los Angelino, even though I’d never been to LA before. We went to several other parties. We were not introduced to any lovely Hollywood starlets. I sensed that our hosts thought we were a couple. The next evening a limo took us both to the vast studio where they were holding the birthday dinner for Jack Warner.

A spry-looking seventy with a slim-line moustache, Warner was surrounded by an A to Z of famous Hollywood faces. There was lavish entertainment and verbal tributes, the food and drink unlimited. Towards the end of the floorshow the MC asked for ‘a big hand for a new comedian who is going places’. A small, incredibly twitchy young man with reddish hair came on and was introduced as Mr Woody Allen. Clearly no one had ever heard of him and the audience seemed to catch a sort of sympathetic nervousness. After a few stammering lines with an occasional clicking noise he made with his tongue as if for punctuation, he launched himself into a monologue: ‘I shot a moose one day – in upstate New York. I strapped it on my fender…’ But Woody’s shot had only stunned the moose and it revives driving through the Holland Tunnel. To get rid of it, Woody takes it to a fancy-dress party he’s been invited to.

I suddenly had a tingling feeling up my spine: this nervous, nebbishy little guy in his T-shirt and crumpled suit had take-off and was flying. And the Hollywood greats were going with him. His moose was now at the party, mixing freely. ‘At midnight there was a competition for best costume. The first prize goes to the Berkovitzes, a married couple dressed up as a moose. The moose comes second and is furious. They lock antlers and knock each other unconscious. This is my chance. I grab the moose, strap him to my fender and drive off – but I’ve got the Berkovitzes. I’m driving along with two Jewish people strapped on my fender...’

That night I knew that Woody Allen was here to stay. Godfrey didn’t find him that funny – ‘not my cup of tea’. There would always be some people like that. Next morning he thanked me for looking after him so well and flew off to join friends in the Caribbean. I flew back to Muswell Hill. We kept in touch and had a couple of lunches together, the Hollywood experience a bizarre bond. He had a tennis court at his Sussex home and asked me down to play. A few days before I was due there he died of a heart attack on court. It was 1971, the year Woody made Everything You Always Wanted to Know About Sex (But Were Afraid to Ask). I doubt if that would have been Godfrey’s cuppa either.

How to be on a Greek Island - in Lockdown London