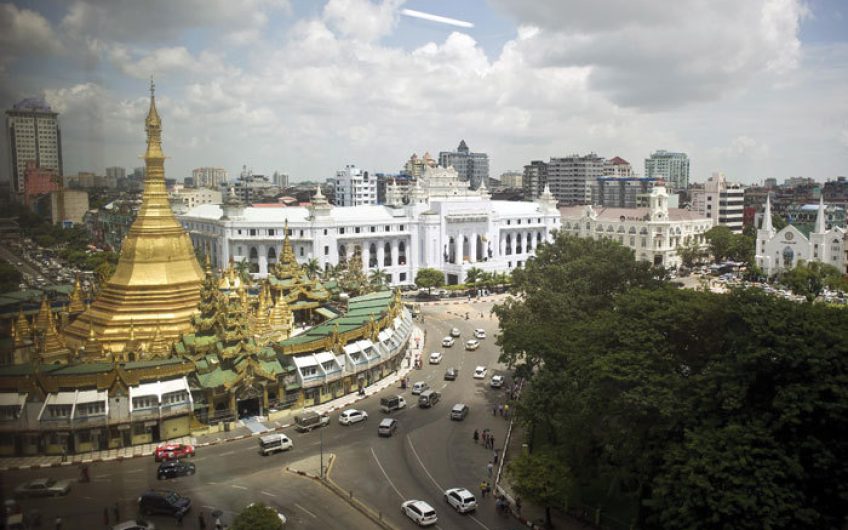 Possessions count when you are far from home, found Fiona Ledger when she moved from Ethiopia to Burma and her shipping agents failed to deliver

A new job comes with the grand title ‘Executive Editor of Drama, promoting peace and inclusion’, working for the BBC’s development charity. I have a mild sense of triumph that this old dog can still apply for a new job and get it. There are tearful adieus to the staff in Ethiopia I trained to make radio health programmes, and there will be shy hellos to the BBC Burma team, based in a country fraught with ethnic and religious divisions.

But it’s not just me that’s moving; there is also my stuff – too heavy for excess baggage, too precious to leave behind. So it’s going to be shipped. And I must now say au revoir to an assortment of useful and beautifully useless objects before heading off for a break in London between jobs.

The stuff is lined up, piled up, listed, valued for insurance and handed over to bored shippers. They assure me I will soon be reunited with it, but they do not seem to understand my anguish.

Working abroad is stressful, and one of its most irksome aspects is shipping your stuff off when you get a new job.

In theory, I am disapproving of people who set too much store by their possessions. My stuff totalled only £5,000 in value. Some expatriates – the handsomely paid – manage to acquire very expensive items worth tens of thousands: hand-painted Tibetan furniture, lacquer boxes and plush carpets woven by seven-year-olds. Am I smugly modest or jealously unsuccessful?

Whatever the case, I like my things, and feel strange without them.

Two months pass. My stuff is still in Addis Ababa. The Ethiopian shippers say they will not move it until they are paid. The self-satisfied managing agents in Wales say, ‘In our industry payment is on delivery.’ I leave them to fight it out.

Yangon gets hotter. Every morning I find ants in my kettle. The pigeons do an increasingly bold fandango in the space between the ceiling and the roof. The stuff is still in transit.

I send a volley of emails; I make heated Skype calls with a chain of defensive shipping agents stretching from Swansea to Addis Ababa to Bangkok. It would have been quicker, I reflect bitterly, to have packed it on the back of Ethiopian donkeys and dispatched it from the port of Djibouti by dhow.

And then... then, I give up. Absence, when protracted, does not make the heart grow fonder; it leads to a slowly congealing indifference. I disloyally start shopping: a Burmese puppet here, a carving of Buddha there, bed sheets, a teapot.

But one stifling Saturday morning the stuff suddenly appears, lugged up five flights of stairs by the cheerful Burmese-Muslim clearance agents. It has taken four and a half months, but it’s all there. The agents present me with a large bouquet of red roses, take my photo with it and depart.

Now alone I stare at the stuff: the Buddhist prayer wheel, the Ethiopian rider mounted precariously on a leather horse with a chaotic mane, the plastic tea strainer (why did I pack that?), a box of books, a pile of throws. I stare and I start to cry. I don’t want it. Not now. I have managed long enough without it. There is no room for it. The humidity will smother the throws in mould. The books will be attacked by Burmese bookworms. I am sobbing now. It’s just a load of junk.

Living abroad – especially on your own – demands a lot of ‘bucking up’, else you run the risk of drinking one too many beers every night, or of wasting the first light on dreams of beachcombing in Wales, or of not unpacking your stuff.

So I buck up and unpack. Soon the wooden, topi-wearing African tourist (a carving from the Ivory Coast) is observing the Burmese puppet with interest. King Birendra and Queen Aishwarya of Nepal, in the form of a salt and pepper pot, take up their positions on the windowsill, stout and blasé in dark glasses and court dress. And the papier-mâché mirror from the flatlands of Nepal with a peacock design on its frame seems at home in the land of the peacock, only lacking a hammer and nail.

Possessions count, especially when you are far away from home.