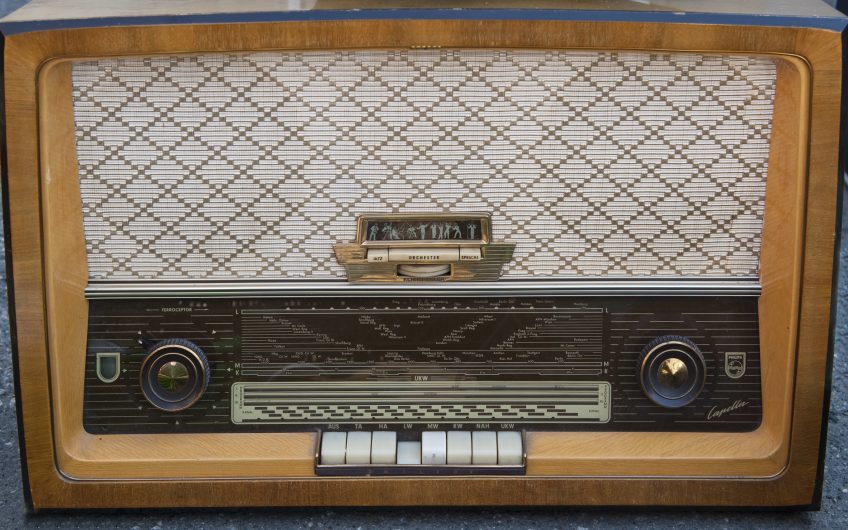 Now that Dame Vera Lynn herself has invoked the Blitz Spirit, radio can resume its rightful role at the centre of the household.

Families no longer gather around a single wireless set as in 1940. But while we’re deprived of cinemas and theatres whose audiences we dominate, we can all listen again to radio's vast output. Unlike ‘bingeing on boxsets’ that TV audiences indulge in, radio doesn’t make you into a couch potato. While tuned in, you can still be in the fresh air, walking the dog or cutting back the ivy; you can still get on with all the stuff you meant to do, like resorting the bookshelves or resume the family photo-album abandoned since 1995.

As soon as Melvyn Bragg’s In Our Time guests couldn't meet for a live discussion, the BBC grasped the programme's enormous archive of 895 episodes, and replayed the brilliant 2019 one on Mary Shelley’s Frankenstein. In Our Time is the most popular download on BBC Sounds, and available in perpetuity, like other favourites such as Private Passions on Radio 3. Did you realise the most-requested composer apart from Bach is Nina Simone?

There has been some sublime music recently to catch up on, and wonderful spoken-word stuff. The most pertinent, for the incarcerated oldie, is Madeleine Bunting’s five-part series in The Essay slot on Radio3, about the emotional and social significance of The Home. Another The Essay series was the story of Paul Robeson’s life through five of his totemic songs: negro spirituals, protest songs and Broadway musicals – from Ol' Man River to Joe Hill. Don’t miss Carson McCullers’s The Heart is a Lonely Hunter, dramatised on Radio 4; and on Radio 4Extra, two birthday celebrations: Stephen Sondheim at 90, and The Oldie’s Barry Cryer’s 85th: You Won’t Believe This, But...