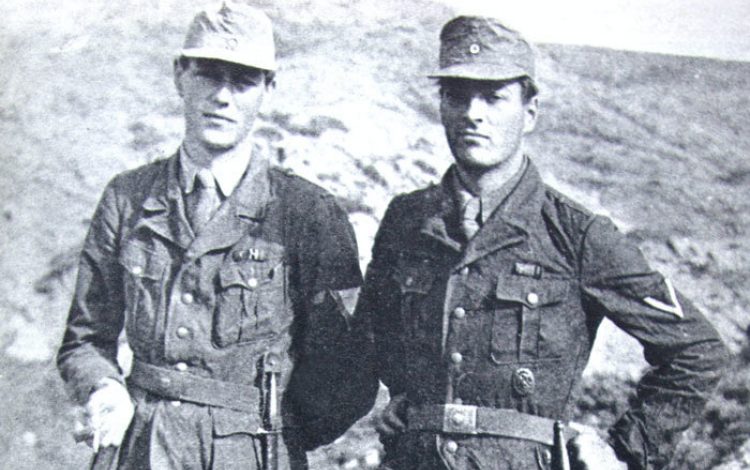 Rick Stroud, author of Kidnap in Crete, his tale of Patrick Leigh Fermor’s kidnap of General Kreipe, writes: ‘Crete is a wonderful destination – a land of heroes, mountain ranges and fertile plains where sheep graze among olive trees, and the air is filled with the scent of thyme. Nearly 4,000 years ago, the island was home to the Minoans, whose legendary king, Minos, has been linked to the palace at Knossos.

‘Fought over and occupied throughout its history, Crete has a rich architectural and artistic heritage. The Cretans are patriots who will die fighting for their island, and were last called on to do so in the Second World War.’

Rick will take readers to the pivotal sites of the famous kidnap. We will stay at the exclusive Hotel Veneto in the old Venetian quarter of Rethymnon (www.veneto.gr).

Depart Gatwick with British Airways at 8.10am; arrive Heraklion at 2.15pm. Transfer to the old Venetian quarter of Rethymnon to our two exclusive boutique hotels the Hotel Vento - www.veneto.gr in time for a late welcome and dinner at the award winning Veneto Restaurant.

A late start with a welcome talk by Rick Stroud.

First a visit to Maleme airfield where German parachutists landed in history’s first airborne attack May 1941 as part of the Battle of Crete then on to Gonia Monastery - The Germans occupied the monastery and the monks were imprisoned in Chania prison, after the Germans found guns inside the chapel. Lunch and time to explore Chania, one of the oldest continuously occupied cities in the world. Crete’s historic former capital is steeped in Minoan, Venetian, Ottoman and Greek history.

A day without structure, a chance to relax, explore Rethymnon’s weekly market, the Old Quarter, coffee on the harbour side, before coming together for lunch. Perhaps in the afternoon a visit to the massive Venetian fortress or the meticulously restored Sultan bin Imbrahim Mosque. Wander where you will, do some shopping, have a swim in the sea from the sandy beach.

An early start to visit the 4,000 year old Minoan Palace of Knossos followed by a relaxing lunch in Elia and Diosmos’s Olive Mint restaurant at Skalani. After lunch we will have a gentle afternoon in Arhanes, a degustation of the impressive Cretan wines and then back to Rethymnon

Visit to the incredible treasure troves of the Heraklion Archeological Museum, including the famed bull-leaping fresco, the recently discovered signet ‘Ring of Minos’ and much, much more. We wont miss the amazing Venetian city walls including the Chania Gate or Pili Pantokratora (Gate of the Almighty) as it also called. As we head back to our hotels we will pause at the place SOE Major Patrick Leigh Fermor in 1944 ambushed the German commander, General Heinrich Kreipe and extracted him to Cairo.

High on the fertile Lassithi Plateau we will visit the sacred ancient Minoan cave of Psykro, then the dramatic Dikteon Caves - birth place of Zeus. Afterwards we drive down to Elounda to lunch in this picturesque fishing village on the lovely Mirabello Bay. In the afternoon a boat trip and walk around Spinalonga Island, then we return to Hotel Vento. Before dinner Historical Museum of Crete curator, Constantinos E. Mamalakis, an expert on the history of Crete in the Second World War, will give us an insight into what life was like during the occupation.

After Knossos Phaistos is the second most important Minoan palatial city. After lunch we head to the ancient Roman capital of Crete, Gortyna, the island’s largest archaeological site with its 1st Century BC Odeion and 6th Century AD Byzantine Christian church of Agios Titos.

Price: £2,767 per person including accommodation, all transport, breakfast, all lunches and dinners with wine, all entrance fees and the tour rep. Single Supplement: £250. To book: call Patrick on 020 7593 2281 or email patrick.millar@kirkerholidays.com