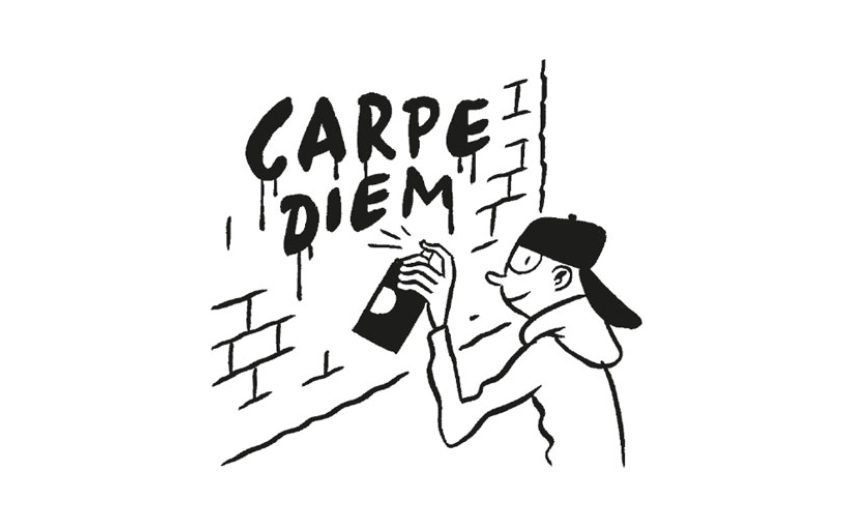 On 24th August AD 79, the most famous volcanic eruption in history let rip. The best account of it is by Pliny the Younger, the lawyer and writer who happened to be right next to Vesuvius when it erupted, and went on to write gripping letters about it to his pal Tacitus the historian. To deepen the drama, Pliny’s uncle, Pliny the Elder, a writer and philosopher, was killed.
You are now so good at Latin that you can translate Pliny the Younger’s nice, straightforward prose about those dreadful days.
Here he is, on the moment he first spotted the volcano erupting. His description was so accurate that similar events today are described as Plinian eruptions. Here, he compares the volcanic cloud to a pine tree – what we now call a mushroom cloud. See if you can translate it.
‘Nubes — incertum procul intuentibus ex quo monte; Vesuvium fuisse postea cognitum est — oriebatur, cuius similitudinem et formam non alia magis arbor quam pinus expresserit.’
At this point, Pliny’s brave uncle, a keen naturalist, decided to get on a boat and sail closer to the volcano to study it. Pliny wisely chose to stay at home and finish some writing exercises his uncle had set him – the only known occasion that homework has saved someone’s life. Gradually, the volcano grew more and more violent. Translate please.
‘Nam crebris vastisque tremoribus tecta nutabant, et quasi emota sedibus suis nunc huc nunc illuc abire aut referri videbantur. Sub dio rursus quamquam levium exesorumque pumicum casus metuebatur.’
By this stage, even Pliny the Elder tried to find a way to sail back. But it was too late. Here is his nephew’s account of his last hours.
‘Deinde flammae flammarumque praenuntius odor sulpuris alios in fugam vertunt, excitant illum. Innitens servolis duobus assurrexit et statim concidit, ut ego colligo, crassiore caligine spiritu obstructo, clausoque stomacho.’
Again, Pliny the Younger’s moving description of his uncle’s death is apparently scientifically correct. It seems that his uncle was killed by the volcano’s sixth and final pyroclastic surge – a mix of rock and gas – that prevented him launching his boat. These surges are made up more of gas than rock,  meaning Pliny the Elder wasn’t killed by flying stone, or lava, but poisoned gas.
The preservation of Pompeii and Herculaneum is a miracle; Pliny the Younger is the best guide to the human cost of that miracle.
HARRY MOUNT.

1. ‘The cloud was rising; it wasn’t clear from which mountain, but afterwards it was known to be Vesuvius. It looked most like a pine tree in appearance and shape.’
2. ‘For the buildings were now shaking with frequent, vast tremors, and seemed to be swaying back and forth, as if they had been torn from their foundations. Out in the open, there was the danger of falling pumice-stones, even though they were light and porous.’

3. ‘Then the flames and smell of sulphur which was a warning of the approaching fire provoked the others to flight, and got him to stand up. He stood, leaning on two slaves, and suddenly collapsed, I imagine because his windpipe was blocked, and his breathing was obstructed by the thick fumes.’

Save thirty per cent on Harry’s online Latin course with the Idler Academy here.