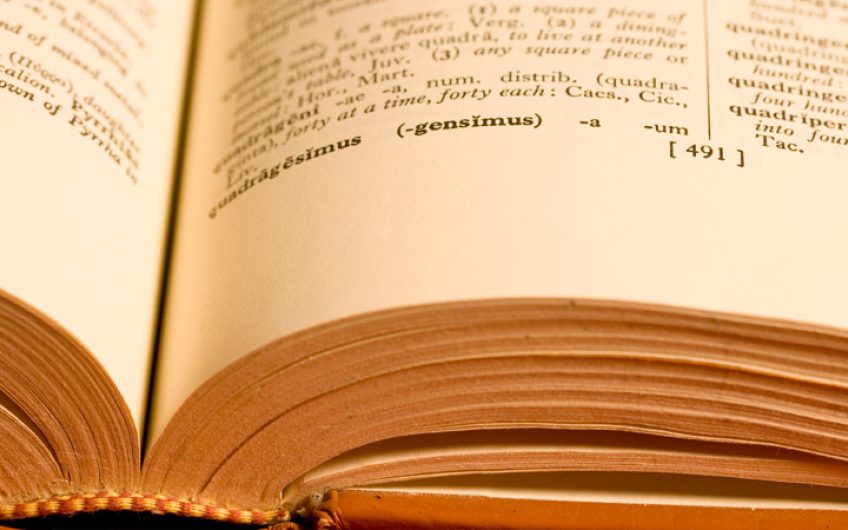 About a century ago, half the Latin teachers in the country were coming up with poems to help you remember tricky rules about the language. Some of them are so restrictive that they’re hardly worth learning:

That’s sea, marble, heart and tree, by the way.

Several of the old poems, though, are useful for cutting back on the huge amount of learning that’s needed for a proper understanding of Latin. Here’s the one I’ve always found most useful:

A man, a name of people and

Hispani are Spaniards, Zephyrus is the west wind and Cocytus is a river in the underworld. Here’s another useful poem:

And city, feminine we see:

Laurus is a laurel tree.

Trees, and nature, play starring roles in Latin literature. Virgil’s Eclogues and Georgics are jam-packed with rural and agricultural descriptions. And the Aeneid is rooted in graphic descriptions of landscape. Here are the first lines of Virgil’s first Eclogue, the ‘Dialogue of Meliboeus and Tityrus’, a discussion between two herdsmen. See if you can translate them:

Patulus means ‘spreading’; tegmen, ‘cover’; fagus, ‘beech tree’ (despite that -us ending, it is feminine, as our helpful rhyme, above, tells us); avena, ‘a shepherd’s pipe’.

On the subject of nature, the Linnaean system of classifying plants is based on Latin. Every plant is identified by genus (a neuter noun, meaning ‘class’ or ‘kind’) and species (feminine, meaning ‘a division of a genus’). Each Latin name of a plant is filled with clues to what it looks like and where it comes from. Take Nigella damascena or Love-in-a-mist. Nigella is the diminutive of niger, meaning black, referrring to the small black seeds of the plant. Damascena means ‘from Damascus’, where the plant was often found.

Plants also belong to a third larger group, a family, into which the genus and species fit. The family of the Nigella damascena is Ranunculaceae – ‘the family of small frogs’, showing that the family’s species tend to grow in marshes and damp spots.

‘Tityrus, lying there under the cover of a spreading beech tree, you study the woodland muse on a slim shepherd’s pipe.’

Save thirty per cent on Harry’s online Latin course with the Idler Academy. Learn at your own pace with videos, audio and quizzes. Go to http://bit.ly/2faSNOj to claim your discount.