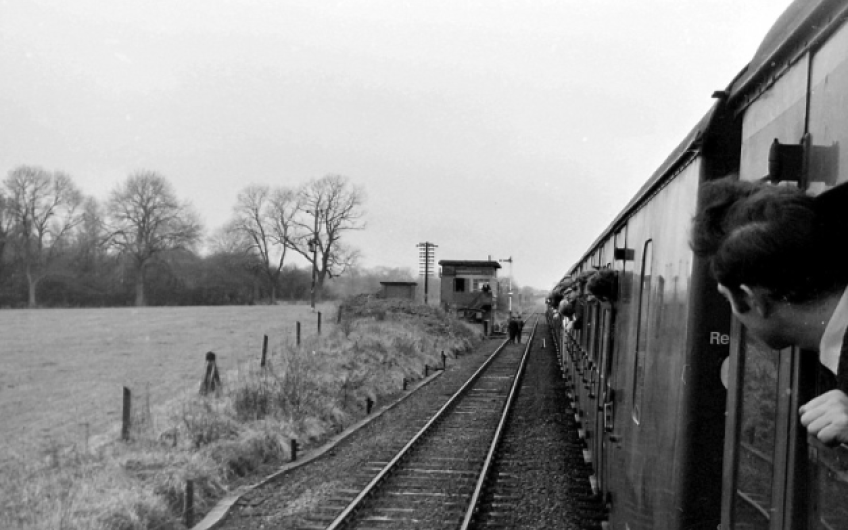 Two boys, a year older than I was, asked me if I wanted to go train-spotting at Bletchley, a junction on the busy main line to the North and Midlands out of Euston, about seven miles and two stops away from my home town of Winslow. I asked my mother and she said it was OK so long as I was with the other, older, boys and did not leave Bletchley station. So, armed with a notebook and pencil, and my ten pence ha'penny (about 4p) for the half-day, half-fare return ticket, I set off. Our 2.23pm train called at the next station, then carried on to our destination, but about halfway there, there was a cry of ‘Swanbourne Sidings coming up!’ and faces were pressed to the window to catch a glimpse of any engine that might be there. I didn't know what to look for, but it was all very exciting; later on, similar shouts would be heard at the sight of a ‘Scot’, ‘Jubilee’, ‘Double Header’, or the knowledge that at about 4.30 we would see ‘The Royal Scot’. What did it all mean?

During the afternoon at Bletchley I noted down any engine number that I saw – and got lots of them wrong as the steam-hauled expresses went through at great speed, if only a few feet away from where we sat. We did leave the station for a while, as my worldly-wise friends knew of a better vantage point under a water tower alongside the steam shed. This gave us a good view of the main lines, but it was also right above the track where engines came and went for their various duties, and some more daring boys placed pennies on the rail so that they were pressed out to twice their original size. I did not have a penny to spare at the time, although I did on later visits, and little or no attempt was ever made to stop what could have been quite dangerous.

I returned home at 5.30 in time for tea, but only after being cleansed of the smuts and smudges acquired during the afternoon. This was the beginning of a hobby that took my friends and I far and wide over the next few years without any worries or problems. It was the summer of 1954; I was nine years old.