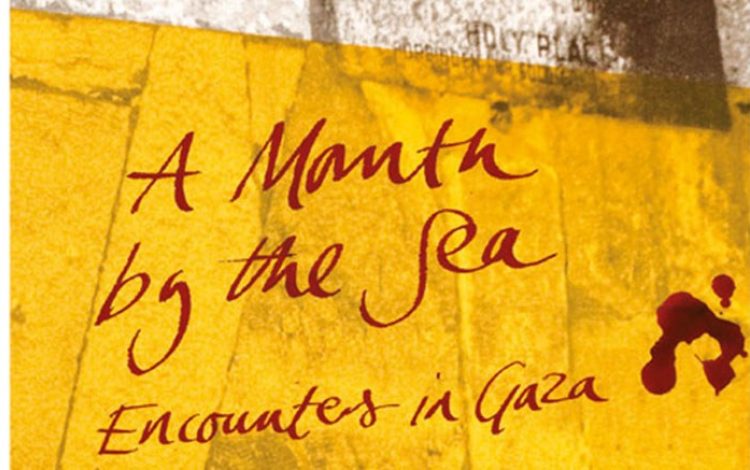 In her last interview, the travel writer Dervla Murphy, who has just died at 90, told William Cook about the joys of journeys in old age

In her last interview, the travel writer Dervla Murphy, who has just died at 90, told William Cook about the joys of journeys in old age

‘By 2021, I’m likely to be either dead or dotty,’ declared Dervla Murphy ten years ago, in her heartfelt book about Gaza, A Month by the Sea. The Queen of Travel Writers was wrong. She survived until May 2022, when she sadly died.

She turned 90 on 28th November, but her writing is curiously ageless. In her early books, written in her thirties, she seemed wise beyond her years. Her later books (like A Month by the Sea, which she wrote when she was 80), exude the energy and vitality of a woman half her age.

Naturally, old age can be restrictive for a travel writer but, as Dervla has discovered, there are plus points too, especially in developing countries. ‘From the age of 60 onwards, when you’ve got grey hair and some of your teeth are falling out, it makes it much easier in many circumstances to be accepted.’

She was born in Lismore, County Waterford, in 1931 - she lived there till her death. ‘I was fortunate enough to be born in one of the most beautiful corners of Ireland, and why would one want to live anywhere else?’

Her parents were Dubliners, who moved there when her father got a job as Lismore’s librarian. Dervla inherited his love of literature. An avid reader from an early age, she loved Biggles and Just William. ‘I never felt sorry for myself as an only child until I watched my three granddaughters growing up, and then I realised how much I’d missed by not having siblings.’

Her mother was crippled by rheumatoid arthritis, and when Dervla was 14 she left school to care for her. For this bookish teenager, that sacrifice could have become a tragedy, but she finished her education in her father’s library, and spent her free time cycling around Ireland. For an aspiring travel writer, it was an ideal apprenticeship.

‘For any child, I think it’s an advantage being brought up in a really beautiful rural area, surrounded by natural beauty – that’s such a good start.’

Confined to Ireland throughout her childhood, she learnt to relish every journey, however local, and appreciate every detail. Getting to know her homeland developed her writer’s eye.

Her parents died fairly young, in quick succession, soon after Dervla turned 30. Ever since she was a child, she’d dreamt of cycling to India, and now she was free to go. ‘The speed at which you are travelling is natural. It’s about the same speed as in the old days, if you were riding a good horse.’

Her diary of this epic bike ride became her first book, Full Tilt, published in 1965. She was attacked by wolves, bitten by a scorpion, and survived all sorts of other mishaps, but what made the book so appealing was its intimate and friendly tone.

In India, Dervla worked in a refugee camp for displaced Tibetan children (recounted in her second book, Tibetan Foothold) and then set off for Nepal, which resulted in another book, The Waiting Land. Her account of her most intrepid journey, In Ethiopia with a Mule, was published in 1968. ‘One gets something very valuable from slow travel – my major journeys have been on foot.’ It was her fourth book in as many years, but then her travels were interrupted by the birth of her daughter Rachel.

Dervla was unmarried, and resolved to raise Rachel on her own – a brave decision in those days. ‘That was really unheard of. I suppose it would have been considered a local scandal, except that I was so happy about it I didn’t notice.’

She took a five-year break from travelling and then, when Rachel was five, they went to India together. In 2005, in her seventies, she travelled to Cuba with Rachel and her three granddaughters.

She was renowned as a fearless traveller who ventured off to far-flung places, but one of her best books was located a lot closer to home - A Place Apart, her perceptive and compassionate book about Northern Ireland. Her father came from a Republican family (as a young man, he was interned for three years in Wormwood Scrubs) and when Dervla was a child, her parents hid a young IRA man on the run. Yet A Place Apart wasn’t remotely partisan. Written during the worst days of the Troubles, it was also surprisingly optimistic.

‘I’m naturally optimistic - I was born optimistic,’ she says. ‘That’s not necessarily an advantage, because it can so easily lead you into being unrealistic. But my life experience has taught me that, on the whole, you can trust human beings.’

Subsequent events have proved her right. When the book was published, in 1978, the Troubles looked intractable. Today, though things are far from perfect, the situation is far, far better than it was. ‘Since the Good Friday Agreement, the younger generation have been able to see another way forward.’

She was also heartened by the ways in which the Republic of Ireland has changed. ‘A lot has been lost along the way, but the advantages have been huge,’ she says. ‘When I was growing up, there was even no such thing as contraception. That was as illegal as homosexuality in Ireland.’

Despite all the suffering she’s seen, she’s never lost what she once called her ‘irrational faith in the fundamental goodness of human nature’. As the Anglo-Israeli historian Avi Shlaim says, her writing is distinguished by ‘her love of people, her descriptive powers, her honesty, her unswerving dedication to social justice and her dislike of any kind of religious fanaticism’. She’s deeply concerned about ecology (‘If we don’t do something about climate change, and do it fairly quickly, the suffering will be incalculable’) and she’s horrified by rampant consumerism (‘Very few people can escape the consequences of indiscriminate capitalism’) but her writing is unencumbered by ideological cant. In all her encounters, it’s her profound concern for humanity, rather than any political creed or dogma, which shines through.

Like a lot of Irish writers, she has a complex relationship with Britain. She was immersed in English literature as a child: everything from Dickens and the Brontës to Sherlock Holmes and PG Wodehouse. She cycled to Stratford-upon-Avon as a young woman, on a sort of Shakespearean pilgrimage, but despite her love of English writers she hasn’t spent much time in England since. Her travels take her further afield, and betweentimes she’s back in Ireland, writing up her latest adventure and preparing for the next one.

During her long life, even the most remote places have been transformed, and her early books now read like dispatches from a lost world. ‘The younger generation won’t be able to experience that sort of travelling in the same way,’ she says. ‘I’m glad I was born when I was - the places I have seen, under the circumstances that I could experience them, no longer exist.’ She feels sorry for her granddaughters, now so many of the places she explored have been destroyed. ‘I just wish they could see what I have seen.’

‘To me, writing was not a career but a necessity,’ she wrote, 40 years ago, and all of her success never changed her attitude in the slightest.