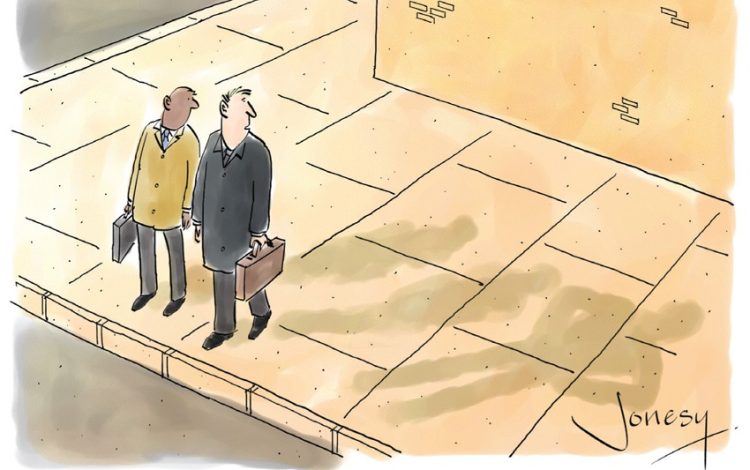 Having been thrust by Richard Ingrams into the editor’s chair at Private Eye at 26, Ian Hislop has ever since proved to be one of our heroes. And Chain Reaction, when Hislop linked up with Victoria Coren Mitchell, was one of the best ever. In the Coren household, Victoria said, she was brought up to believe that it was ‘a bit offensive to say something serious if you could make a joke about it instead’. So, fearful of any pauses and of being boring (‘the greatest crime’), she and her brother Giles would talk at rattling speed and agreed with the Coren rule ‘If human culture had to get along without P G Wodehouse or Goethe, we would be a lot better off without Goethe.’ Hislop prompted her to talk about the Ormerod Hoax, whereby she and Giles tricked and outed some notorious funeral wake crashers – always found hovering over the baked meats – by a hoax death notice. Victoria was already a gambler at eight, schooled by her grandfather who ‘took our money and spent it on cigs’; she was a teenage Telegraph columnist, got a first at Oxford, and remains fiendishly (and lucratively) hot stuff at poker; never thought she’d marry, but is obviously pleased to be Mrs David Mitchell. At one weak moment she actually said ‘David really is my soul-mate’, whereupon Hislop cut her off briskly with ‘Yeah, that’s enough of that, back to your career.’ There was no mention of the antipathy that once existed between her dad at Punch, and Ingrams at the Eye. (I was once at a long-ago News Quiz recording with Coren; we were told Ingrams was off sick. ‘What’s that, Ingrams ill?’ flashed back Coren. ‘Nothing trivial, I hope?’)

Victoria CM chose, as the next interviewee in Chain Reaction, the woman her father was ‘besotted’ with: ‘the short, sarcastic, unique’ Sandi Toksvig. Sandi recalled how she and Alan Coren, when away doing Call My Bluff, would sit in their hotel beds watching TV and eating burgers. ‘We’re like an old married couple,’ said Sandi, ‘except we don’t have sex.’ ‘No,’ said Alan, ‘we’re like an old married couple.’ Sandi

was expelled from three schools – ‘They had this irritating rule that you had to be there every day’ – and she hated Cambridge but took part in the only all-female Footlights show ever, with Emma Thompson and Jan Ravens, playing the Virgin Mary and Mae West. In 2016, she said, producers still get excited if there is more than one woman on any panel. And she told how her eldest daughter, now a doctor, was taunted at school, ‘Your mum’s a lesbian’ – and responded, ‘Yes, that’s right: did you need more information?’

I boycotted the Broadcasting Press Guild’s annual awards luncheon (£60 a plate) at Drury Lane, again. Every year, the pitifully small band of BPG members who cover radio rather than TV appeal for more radio categories. But the status quo prevails: twenty or so categories for TV, a pathetic two for radio. This year’s winners were the comic writer John Finnemore, and Sue MacGregor’s ###i

Exhibitions: Huon Mallalieu takes a look at Alma-Tadema: At home in Antiquity and Constable and Brighton

When the King met the Beatles - Craig Brown

The Boss comes to Luton – but doesn't shine