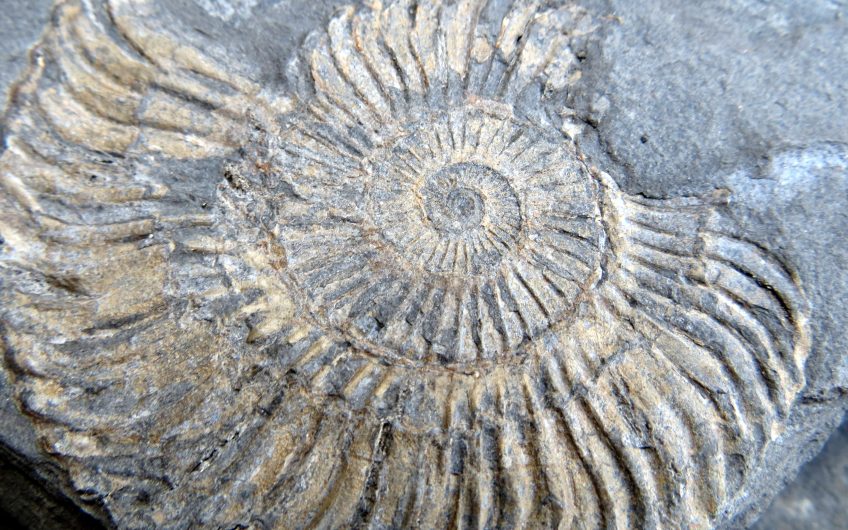 A huge ichthyosaur has been discovered in Rutland. Harry Mount meets the pub landlord who had a dinosaur named after him

There we were, three novice dinosaur-hunters, inching our way along the edge of the Isle of Purbeck, the sea lashing our feet, the wind and stair-rod rain whipping our faces.

That’s when our guide – Charlie Newman, pub landlord, cider-maker, museum curator and palaeontologist – suddenly spotted a tiny, white curve, the size of a toenail, in a huge, grey boulder at our feet. Within seconds, he’d whipped out his chisel and hammer, and had cut a square foot of stone out of the boulder. That tiny, white toenail was, in fact, a dinosaur vertebra.

For four hours, Charlie led us along the Dorset coast, spotting treasures we never would have seen without him. Fish, ammonites, crocodiles, turtles, reptiles, ichthyosaurs and plesiosaurs all swam along these shores before they were fossilised after death hundreds of millions of years ago.

Charlie doesn’t just track down ancient wildlife. He is so prominent in world palaeontology that our earliest ever ancestor was named after him. In 2017, a small, nocturnal mammal, which lived 145 million years ago, was called ‘Durlstotherim newmani’ after Charlie Newman by palaeontologists from the University of Portsmouth. Its remains had been recently discovered on cliffs near Swanage. The rat-like creature is the earliest animal in a line leading down to humans along one branch, and to blue whales and pigmy shrews on another. Charlie helped the Portsmouth University scientists collect the new specimens, identified from several fossilised teeth.

‘The specimen is named after Charlie Newman because he is a keen amateur paleontologist and has a small museum in his pub,’ says Dr Steve Sweetman, a research fellow at Porstmouth University who identified the teeth. ‘He helped us collect samples and was otherwise very helpful and hospitable.’

Back on the Isle of Purbeck, Charlie, with his Border Collie at his side, raced across the shingle and scaled the lower heights of the cliff behind us, identifying tiny fragments of fossilised bone in the cliff-face. On other days, he brings a telescopic device, 120-feet long, to grasp out-of-reach finds halfway up the cliff.

At one moment, Charlie dropped to his knees and started pouring what looked like common-or-garden sand into a plastic bottle. This was so-called ‘pyritised sand’ – full of tiny sharks' teeth and ostracods (minute shrimps). Charlie later took back these finds to examine them under the microscope in the laboratory in his nearby home, where he lives with his wife, actress Cath Bradshaw.

Pyritisation is the process where sea creatures have their organic matter replaced by pyrite – iron disulphide, also known as fool’s gold. There’s a lot of orange-brown iron in the stone round here – at one point, Charlie hands me a small boulder, and my hand sinks with the surprising weight of the metal in it. These minuscule, pyritised finds were way beyond the fossil-spotting ability of us novices.

After a few hours, though, even us new boys had tuned our eyes in, scanning the pebbles and boulders at our feet, and spotting ammonites – the elegant, spiral molluscs that swam here 140 million years ago. We’d come at just the right time of year – just after a spring tide and heavy winter storms had given the stretch of coast a ‘good old tidy-up’, said Charlie. Three feet of shingle had been cleared away from one flat platform of fossil-studded stone. Charlie immediately spots a long, straight fossil embedded in the rock – either a pterodactyl bone or an ancient fish spine. ‘That only gets cleared twice a year,’ says Charlie of the platform.

The tide also swept away the shingle above my prize find of the day: a 140-million-year-old ammonite in mint condition, complete with a flat ledge – its very own built-in stand! – beneath its swirling, fossilised circles. Gently cradling the new discovery in my arms, I showed it off, like a new-born baby, to Charlie. A staggering find? Worth millions? ‘Not bad,’ said Charlie in his gentle, low-key voice, ‘You could make a clock out of that one.’

Walking back to Charlie’s pub, the Square and Compass, ammonite under my arm, I began to see why my find was so unexciting. In a side-room of the 18th-century stone pub, yards from the serving hatch where you can buy Charlie’s homemade cider, you’ll find his dinosaur museum – crammed with A-list treasures.

Now 52, Charlie has been scanning these coasts since he was a boy, walking in the footsteps of his father, Raymond Newman – also the landlord of the Square and a fossil-hunter. The Newmans have been landlords of the pub since 1907, when Charlie’s great-grandfather, also Charles Newman, took it over.

Charlie has also often gone fossil-hunting with Steve Etches – who, over the last 30 years, has discovered, collected and researched more than 2,000 specimens. The pick of his finds are on show nearby in the Etches Collection, a £5m building that opened in 2016. Raymond Newman, Charlie’s father, began collecting birds’ eggs as a boy before moving on to fossils in the 1950s. The dinosaur bones he found in the Wealden deposits in Swanage Bay were so important that a Natural History Museum palaeontologist catalogued them.

The pub museum, opened in 1998, has dinosaur fossils and Jurassic and Cretaceous molluscs, found by Charlie and his father, and donated by local enthusiasts. Pride of place goes to a complete ichthyosaur Charlie plucked from the nearby cliffs, along with a pliosaur. There are shipwreck finds, too, including cannonballs and Spanish silver coins overprinted with the image of George III.

Charlie’s such a history buff that, in 2015, he even built ‘Woodhenge’, a 12-foot-high version of Stonehenge, in the field next to the pub, with 35 tonnes of timber. Purbeck District Council tried to have it torn down but it’s so popular that it has survived.

The black, grey and yellow cliffs – the backdrop to our walk – are a mammoth slice through hundreds of millions of years of history. There are all sorts of stones here, too: Kimmeridge Clay, Portland and Purbeck stone, chalk greensand and the Wealden beds. On top of that, the cliffs are regularly peeled away by the elements, revealing new finds for Charlie.

Whenever we get too close to the cliff-face, Charlie warns us to move away. Every half hour or so, there’s a great rumbling from above and a car boot-load of rocks comes rolling down the cliff, dislodged by the recent storms. Because the cliffs are forever being stripped and renewed, Charlie’s task is never done.

As we turn the corner into one last bay at the end of the day, he points at a spot about 15 feet up on the cliff. ‘That’s where I found a pliosaur jaw once – I’d love to find the rest of it one day,’ says the King of the Dinosaur-Hunters.

The Etches Collection, Kimmeridge, Dorset, is open every day, 10am-5pm The Square and Compass, Worth Matravers, Dorset, and its fossil museum are open seven days a week, 12pm-11pm