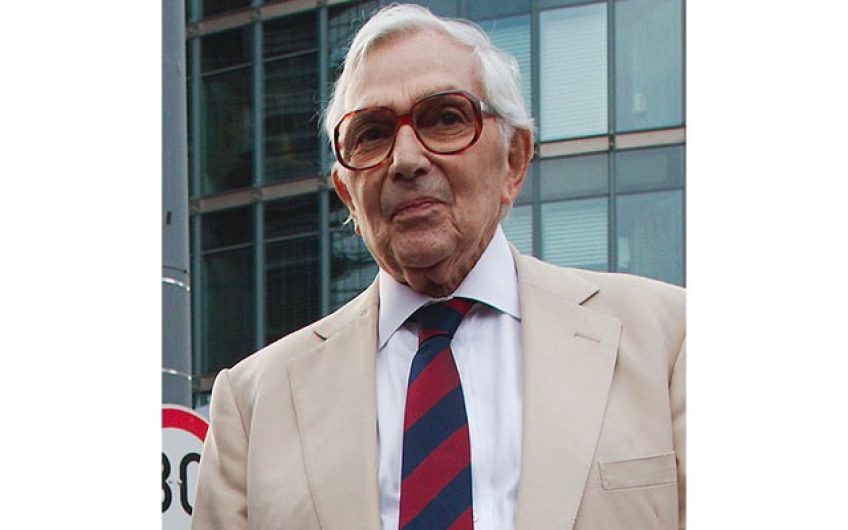 Throughout the 1960s and into the ’70s, Ken Adam, born a century ago, ruled the world of film production design.

His sets for Dr No and six subsequent James Bond blockbusters became as iconic as Bond’s signature introduction, or his shaken, not-stirred martini. Adam created the interior of Fort Knox for Goldfinger, the volcanic lair for You Only Live Twice and the space station in Moonraker.

Adam could go small, as well, once remarking that his favourite scene in the entire 007 franchise consisted of Bond alone in a room with a chair, a table and a predatory tarantula in Dr No. ‘It cost £400, which is about what [the director] Terence Young spent on lunch,’ he chuckled.

Sir Ken was born Klaus Adam on 5th February 1921 in Berlin. His family escaped to Britain in 1934 and ran a small boarding house in north London. When the war came, Adam saw action as a Hawker Typhoon pilot, flying low-altitude raids over Normandy on D-Day.

He used to remark with justifiable pride that he’d been one of the few German-born officers to serve in British uniform.

After demobilisation, Adam worked as a draughtsman at Riverside Studios in Hammersmith, from where he graduated to helping design epics such as Around the World in 80 Days and Ben-Hur.

Of the famously difficult Stanley Kubrick, with whom he collaborated on 1964’s Dr Strangelove, Adam said, deadpan, ‘We got on like a house on fire.’ They created the film’s iconic War Room, a futuristic cross between a bomb shelter and a Busby Berkeley musical set.

Their collaboration on 1975’s period drama Barry Lyndon proved less happy. ‘By then, Kubrick saw himself as General Rommel, whom he admired greatly,’ Adam recalled, ‘and I ended up in hospital with a nervous breakdown.’ Nonetheless, the film won Adam the first of his two Oscars; the other was for 1994’s The Madness of King George.

Adam’s other credits include The Ipcress File, Goodbye, Mr Chips and the Bond team’s Chitty Chitty Bang Bang. He was knighted in 2003 – the first production designer to be so honoured – and died in 2016, at 95.

After contributing to nearly 100 films in his 45-year career, Adam saw his two outings with Kubrick as his defining moments. ‘I enjoyed the status, and paid the price, for working with the most demanding movie director on earth,’ he said.