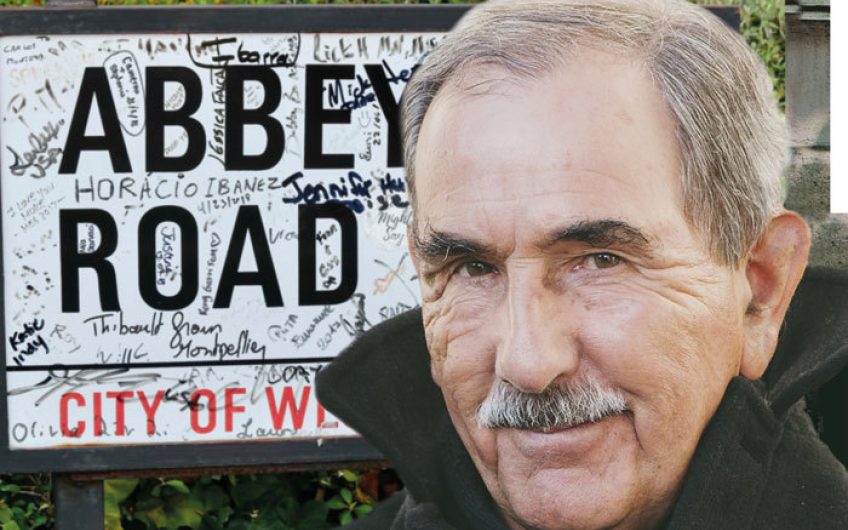 Hunter Davies: ‘I used to think, “Bloody hell! They can’t sing; they’re out of tune”’
View Full Size
1
of 1

When the Beatles were recording, hard at work in Abbey Road 50 years ago, I got into the routine of going to Paul’s house in St John’s Wood. I was working on my Beatles biography at the time.

Above his mantelpiece he had a Magritte. He still has that house, being a conservative with a small c.

I would arrive mid-morning and join him for a fry-up. He has wiped this from his mind, since he became a veggie, but we had bacon and sausages and the full English, cooked by his housekeeper.

Then we would jump into his Mini Cooper, along with Martha, his Old English Sheepdog, zoom out through the gates of his house, startling all the fans clinging to his front wall, go to Primrose Hill and have a walk.

I happened to say to him one morning, ‘It’s getting better,’ meaning spring is coming, and he laughed. The phrase reminded him of their Australian tour, when Ringo was ill and another drummer filled in. After each concert, John would ask him how it was going and the replacement always replied, ‘It’s getting better.’ And John would take the mickey out of him.

Paul then started putting the phrase to music, adding some more lines and, when we got back to his house, he had the first few bars of Getting Better.

John would arrive at Paul’s house about mid-afternoon and they would go to Paul’s studio on the first floor. They would play to each other any new scraps, or work on what they were doing that evening. With John, a song began with the words. With Paul, it began with a melody.

At about seven, we would go round the corner to Abbey Road Studios and be joined by George and Ringo. If they had already laid down a backing track, they’d spend the evening singing along to what they had done.

I sat with them, on the floor of the studio, along with Neil Aspinall and Mal Evans, their roadies, who would get the gear ready and run any errands. George Martin and the sound engineers sat high up, behind a glass wall, twiddling their knobs.

Outsiders were not normally allowed with the Beatles when they were working. Wives, girlfriends and visiting stars, such as Mick Jagger, had to sit upstairs with George Martin.

Seven years earlier, when they first started recording, George Martin was the boss – the headmaster. They were in awe of him. By the time I came into their lives, in 1966, they were the bosses of themselves. George had to wait upon their whims and wishes.

What always struck me was how hard they worked; what perfectionists they were. Particularly Paul. They would endlessly work on the same bit till I was screaming with boredom. It seemed fine to me the first time, so why do it 100 times?

I used to listen on the same earphones when they were listening to a backing track. Now and again, I would take my earphones off – and listen to them singing the words, with no music. I used to think, ‘Bloody hell! They can’t really sing; they’re out of tune.’ It was like people singing in a swimming pool.

Often they would not finish till two in the morning, by which time I was yawning.

At the end of the day, there were usually scraps of handwritten lyrics lying around, which they had brought in with them, or perhaps copied out for George and Ringo. If it was a song I had followed from the beginning, and was going to write about, I would ask if I could have it, to help me remember the words. They would say yes – otherwise the cleaners would burn them. Once they had recorded the song, which was the whole point, they had little interest in the written version – which is partly how I ended up with nine original lyrics, now in the British Library, saved from being burned.

One evening, I went into Abbey Road and there was Yoko, in the studio, sitting on John’s lap. The other three were mouthing to each other, ‘Who the f**k is this?’

By chance, I had already met Yoko before John did. Months earlier, she had contacted me to ask if I would appear in her Bottoms film (showing pictures of people’s bottoms). I declined, saying my agent would not allow it, but I would come and watch filming. I duly did – I wrote a slightly mocking piece in Atticus, the Sunday Times column I was doing.

By the time it came to recording the Abbey Road album in 1969, Yoko was a proper part of John’s life. They got injured in a car crash in Scotland and missed a few sessions. The other Beatles just carried on without them. That would never have happened seven years earlier, when John was leader.

When they had recovered enough, John had a double bed from Harrods set up in the studio. Yoko arranged for a microphone over her head, so that she could offer her comments – which amused and pleased John, but not the others.

The atmosphere while they were recording Abbey Road was surprisingly amicable, unlike the Let It Be sessions (recorded in 1969 before Abbey Road but released after Abbey Road, in 1970) when there were lots of rows. John was mostly cut off, living in his own world in his head, or with Yoko, letting Paul get on with it.

George, though, was fed up, no longer wanting to be a Beatle. At times he had felt unappreciated, that his work was not used enough, though on Abbey Road he had two of his best ever songs – Something and Here Comes the Sun.

Ringo had a song on Abbey Road, Octopus’s Garden, which he had written the previous year, after he had temporarily left the Beatles, fed up at being ignored. He went on holiday on Peter Sellers’s yacht. The captain offered him octopus for lunch. Ringo went ‘Yuck’, having no truck with ‘foony foreign food’. The captain explained the life of an octopus in the ocean. And Ringo was inspired to write a song about it.

The last songs on the album are known as Medley – a 16-minute medley of eight songs. They knew this was going to be their last ever album, so they decided to use up their unfinished stuff. One of them is among my favourites – You Never Give Me Your Money. Oh, how I wished they had properly completed all those songs.

The>span class="s2"> End. But – aha – it is not the end, because they finish with a joke – Her Majesty. Paul sings, ‘Her Majesty’s a pretty nice girl, but she doesn’t have a lot to say.’

In 1953, aged 11, Paul won a school essay competition, writing about the Queen and her coronation. In 1997, the Queen knighted Paul. She must have forgiven his cheeky lyrics on Abbey Road.

The album cover was Paul’s idea. He did a little sketch of the four of them walking over the crossing into Abbey Road Studios, home of their recording life.

Iain Macmillan, the photographer, took the shot on 8th August 1969, at around 11.30am. He had only 15 minutes, getting up on his stepladder to snap them. He took six shots. The fifth was chosen.

John is walking in front, as he had always been the leader. He, Ringo and Paul are in smart-casual suits, made by Tommy Nutter. George is in jeans and a denim shirt.

Paul is in bare feet – what a rebel – which led to daft rumours that he had left the group or was dead.

I later bought prints of the five unused photos from Iain Macmillan, and got him to sign them; I promised never to publish them.

Iain Macmillan died in 2006 – and, of course, John and George are now dead, too. But Abbey Road – released 50 years ago, on 26th September 1969 – will live on as long as we all have the breath to hum the tunes. George Martin, also no longer with us, always said Abbey Road was their best album.

Hunter Davies’s The Beatles is their only authorised biography (Ebury, £9.99)