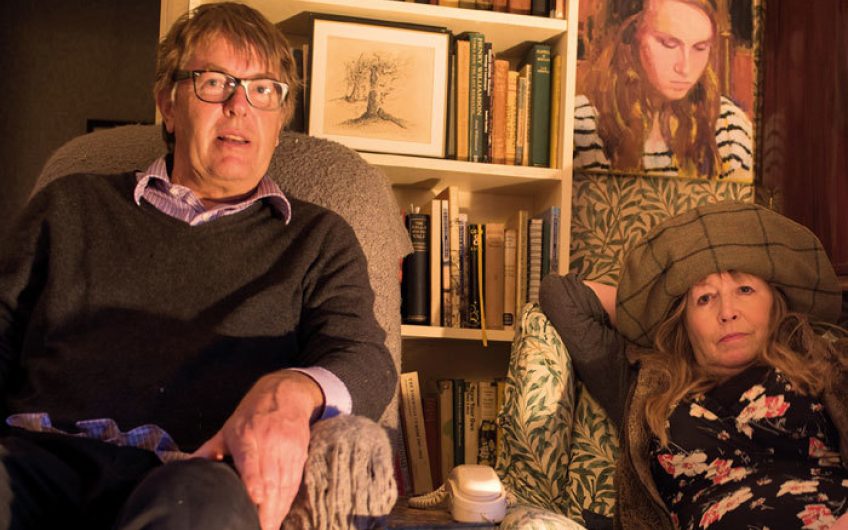 The fourth series of Poldark delivered the version of England that I find infinitely preferable to the rudderless ship that is the status quo. An era where men were men, and women were women, and there was a natural social order in which everyone knew their place and knew what was expected of them.

Mercifully for our diminishing attention spans, each scene lasts only a minute or so before the plot moves on. Critics of the series have been swift to condemn it for its EastEnders-type momentum, with too much happening per episode.

But I enjoyed the Beano comic simplicity of the interactions between the characters, along with the general lawlessness. So embedded was I, that I was even dismayed when Ross returned from Westminster to deal with trouble at t’mine and cheated viewers of a romantic reunion with Demelza – which would have set our pulses racing – by going straight to join the lads on a bonding fishing trip.

Next I’d hoped for an armchair fishing experience, replete with historically accurate seafaring paraphernalia and sung sea shanties. But I was cheated again as, out of nowhere, our crew was set upon by swains and menials from a neighbouring hamlet in scenes of bare-knuckle violence that ended in near-death for one rustic – although, happily, Poldark prevailed and bought everyone a round.

Much as I fantasise about a return to the Poldark era, I can see there would be no place in such a society for a figure like myself. The working and upper classes have always got on famously together. They hunt foxes, go racing and drink in taverns together. But neither seems to have much respect for the middle classes, a category which only emerged, as historian Richard Gough has noted, in the 19th century.

Here in Wiltshire, as our former nanny’s boyfriend once told us bluntly, ‘The village doesn’t know what to make of you. You are neither one thing or the other.’

This summer’s Algerian heatwave has threatened to turn us all into Albert Camus-style existentialists. Coupled with the availability of strong liquor at prices cheaper than cow’s milk, it has contributed to an inversion of the natural social order and some Poldark-era-type, non-fatal incidents.

I will outline the background to my own recent incident. Butterflies of conservation concern are making a welcome comeback – particularly in farmland where stewardship schemes, such as, for example, the non-persecution of thistles, can deliver entry-level improvements for insects.

The small tortoiseshell does not always fly in a straight line. So, to get a good photograph with my newfangled iPhone, in my capacity as self-elected biodiversity recorder, I entered a field, no more than a couple of hundred yards from the cottage. I was walking harmlessly along a tramline when I heard the sound of a quad bike roaring along the side of the field.

‘Who’s there?’ bawled the familiar voice of Seth Varden who works for the Big House. ‘You’re trespassing!’

I was wearing a small straw hat bearing the legend ‘Croatia’. Assuming Seth, who has lived within 100 yards of us for 30 years, had failed to recognise me, I doffed the hat and called out, ‘It’s only me, Seth. Your neighbour Giles.’

‘Makes no difference who it is. You’re still trespassing. Come out of there now.’

I began to explain that post-Brexit, agricultural enviro-schemes under Michael Gove envision a new era of co-operation where conservationists and agri-businessmen will wander hand in hand, as it were, in a brave new world of an as yet unspecified, grand, unified, agricultural theory of everything.

In anticipation of that time, I was making a start by recording the biodiversity within the crop itself, rather than in the set-aside strip, as this would clearly be of relevance when establishing new guidelines.

‘You’re still trespassing,’ Seth growled. ‘Come out of there now.’

He dismounted from his quad bike and began moving towards me. ‘Unless you want to settle it here...’

‘And if you talk any more rubbish,’ shouted his uncle Jake Vardens from the sidelines, ‘you’ll feel the sharp side of my fist.’

Unlike Dustin Hoffman in the celebrated Straw Dogs – the morality tale of what happens when sophisticated townie comes face to face with the pure muscle power of his raisin-eyed, rural opponent – I did not rise to the challenge.

Because of financial cuts, Wiltshire Council can no longer afford the evening classes it once ran where the gentleman insect-obsessive might learn the rudiments of self-defence.

It is easy to explain this passionate episode as a desire not to lose face once Seth had realised I was not a common-or-garden trespasser.

Most villages have been ethnically cleansed of their original tribes, while ours hasn’t yet. The Vardens have a strong territorial instinct, based on blood ties, shared grievances, the extirpation of manual labour by machines and yuppie incomers.

Then there is the epigenetic impulse to react in the way one might just as in the days when the appearance of a stranger might signal a threat to scarce resources.

I was naturally humiliated by my enforced retreat but Mary was unsympathetic: ‘You like lawlessness and knuckle-fighting when it’s in Poldark but not so much in real life? How would this have been resolved in Poldark?’

Well, in Poldark’s time, it could have been resolved by some friendly drinks in the local alehouse – but they’re all closed now.