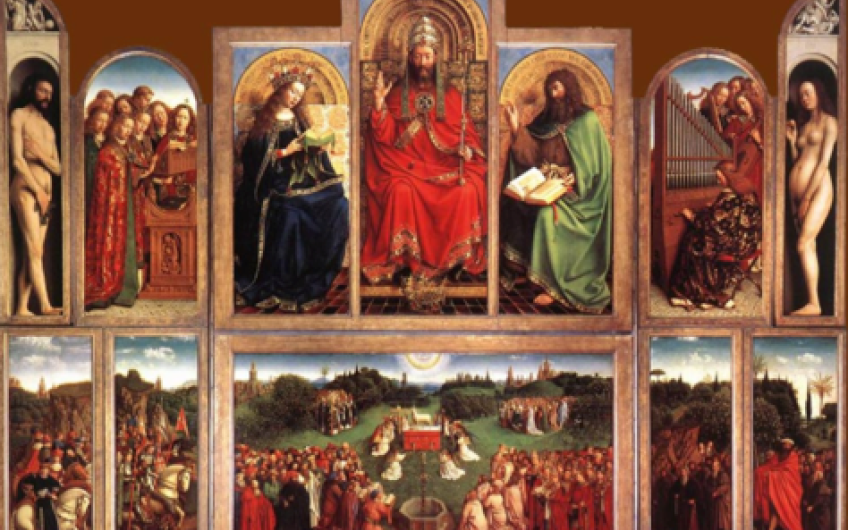 All my life, I’ve been snooty about audio guides to galleries. Nothing should come between art and my impeccable response to it.

And then I had a conversion on the road to Ghent. Well, to be more precise, it was on the road from the nave of Ghent Cathedral to the side room where its splendid altarpiece is held.

'The Adoration of the Mystic Lamb', by Hubert and Jan van Eyck, is one of the great masterpieces of the world – a huge, 15th century altarpiece, depicting the Lamb of God surrounded by a burgeoning cast of 250-odd characters.

Martyrs, pagan writers (Virgil among them) and Jewish prophets gather round the lamb. In other panels, popes, archangels and choirs of angels join in, alongside Adam and Eve, God, the Virgin Mary and John the Baptist, and the donors who paid for the picture.

All in all, quite a hefty squad, then. I tried to identify them through consultation in my two guidebooks, constantly flipping the pages, staring at the books, then at the altarpiece, and then back to the books.

What a palaver! Meanwhile, my wiser colleagues on the Oldie’s works outing were free to concentrate on staring at the altarpiece – with buckets of information piped into their brains via the free audioguide.

For the first time in my life, I saw the point of listening rather than reading in the appreciation of art. I was still too set in my ways to actually get hold of an audioguide – I’d brought along those two guidebooks, after all – but next time…