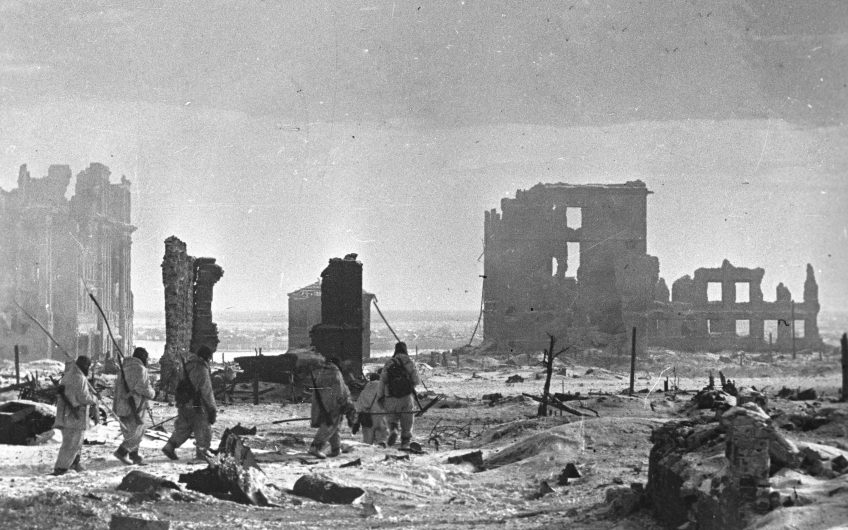 It is the winter of 1942/43, and the war is at its turning point. The Wehrmacht is over-stretched and Stalin’s Red Army and Russian resolve has been underestimated. Amongst the German soldiers trapped on the front in the Kessel (or cauldron) is an Anglo-German whose brother's better luck is to be on the side of the good - the British Army. The half German is the author, Geoff Sambrook’s, uncle.

Sambrook is better known in the metals trading community where he was one of the leading London Metal Exchange brokers of his day. He is fluent in French and German, and a historian too. His day job, like that of many metal merchants, took him to Russia both before and after Glasnost. It also took him to mines and smelters which were developed with Gulag labour; Russian political prisoners from the purges of the 1930s augmented by captured prisoners from the defeated armies of the Reich.

On a trade visit to Norilsk, the world’s largest Nickel producer, situated above the Arctic Circle, he is invited underground. There at a thousand metres below he is told the system of rail-wagons and track to carry ore was built during the time of the Gulag. This event brings Sambrook to the realisation that this complex, once called Norillag, could be the place to which his uncle was taken as forced labour.

That he was taken prisoner on the Eastern Front is fact. But what happened to him other than his disappearance into the post war black hole of the Soviet Union is not. So Sambrook imagines an outcome which is not factual but believable, and his novel is as well researched as it is gripping.

Descriptions of a pre-war German family life conjure a Christmas past in which traditions are slipping – the traditional carp on Christmas Eve has already been replaced by goose, but the Eve (not Christmas Day) is still the day of celebration. Stille Nacht is sung together.

All so stereotypical, you might think. But what is less so, is to make the suffering of Germans, rather than her enemies, the subject of this work. Suffering does not come in convenient league tables. Whether Jew, German or Russian, hunger and bitter cold is the same. The post war German story of starvation, defeat, and personal loss, is not often dwelt on as it is regarded as just deserts. But I met metal people in Germany born too young to fight whose life was formed out of such times. In one case, an elderly German chemist described to me his father returning home after the war a broken man and instructing him, at nine years old, to take his SS sword, almost too heavy to carry, and throw it into the lake.

How then to make such a book engage with the sympathies? How to alter our British WWII certainties and see matters from the perspective of the hated? How in effect to write ‘All Quiet on the Eastern Front?’Sambrook’s means is to tell a true unvarnished, understated, family story and for the reader to mourn with its author the lost life of his artistic twenty-year-old Anglo-German uncle, trapped ‘between the two most oppressive and vicious regimes of the twentieth century’.

In Sambrook’s Sussex home a few of the relics of this young man’s life remain – drawings of landscapes – and these compel Sambrook to imagine this artist in the Gulag, completing drawings of haggard fellow prisoners with scraps of charcoal. From this he extrapolates a fictitious visit to the factory museum, where camp records are incarcerated like prisoners never to be let out.

Very few out of the millions who made up the Wehrmacht tank regiments and infantry survived Stalingrad to return to Germany. Their story is rarely if ever told as there isn’t much of a market for it and history ‘written by the victors’ (Churchill) makes little provision for the accounts of those on the reviled losing side.

A memory came back to me when reading this, of visiting communist Poland in 1982 during martial law. Near the house where I was staying was a park, off the main road into town, not five miles from Warsaw airport, the site of a Russian cemetery. There the bleak little stones carried no more than a name and communist red enamel star. Despite the Soviet hegemony from the 1940s, this was an unkempt place, the graveyard of a reviled enemy cursorily commemorated far from home. Not a single flower adorned a grave. And yet these too were someone’s sons.

The story of the Second World War often omits the Rosencrantzes from the tale. This book redresses this but without falling into the trap of appearing to write a tale about ‘good Germans’. How ready the world is to hear this side of the story, I cannot be sure. However, if it is, the reader will find here an unsentimental and entirely believable imagined account of the fate of a young man whose fault was simply to be on the wrong side, a mere pixel set against the background of world events over which he had no control.

The author's family recall their grandfather begging his son in 1939 not to go back to Germany. But he ignores his father's advice because he wants to complete his course at Hamburg University. We are left to ponder how war emerges irrevocably, to divide families, seal fates, and disperse young men with no control over their own destiny, while politicians and generals remain behind the lines.

As we read this novel in the 20s of another century, 22 years before the centenary of the German defeat at Stalingrad, we need to wonder about our own fates – are we perhaps on the eve too? Are not our freedoms being carefully sliced off, cut by cut, Iike pieces of fine salami, as they were in the 1930s? Does the present language of politics today not smack of Rassenkampf? Are the future psychopaths, like those who led half the seed of Europe and Eurasia to their deaths, at this very moment gurgling in their cradles? And, if it is so, is there anything any of us can do about it? There but for the grace of God, or whatever belief system you may or may not have, go we.