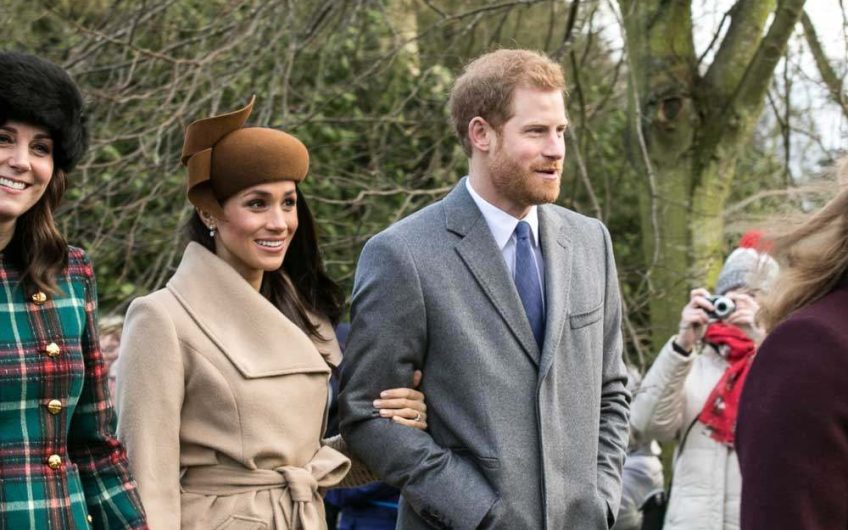 It is, after all, her script that the wretched couple are following. Even Meghan’s complaint, quoted by Omid Scobie and Carolyn Durand, that ‘I gave up my entire life for this family’, is plagiarised from the Squidgeygate tapes, in which Diana said ‘after all I've done for this f***ing family’.

Finding Freedom, with its subliminal echoes of Finding Nemo, Finding Neverland and Nelson Mandela’s Walk to Freedom, should really be called The Autobiography of Harry and Meghan. This is clearly the version of events the Sussexes have agreed between themselves. As one of the book’s many ‘sources’ explains, ‘Harry and Meghan like being in control of their narrative.'

When the Duke and Duchess left for North America at the end of March, they had been given exactly what they asked for: a fresh start, the blessings of the Queen, plus an open door should they wish to return. With Finding Freedom, thrown together while the rest of the world was grappling with the devastating effects of a lethal pandemic, that door has been bolted.

Don’t get me wrong – books should present challenges and the best books have the power to change the world. But if Diana: Her True Story (1992) contained a series of controlled explosions, Finding Freedom is like a kid running around with a water pistol. Scobie and Durand are so busy writing down everything Harry and Meghan tell them that they forget to add any logic to their argument. It is therefore unclear whether Harry already felt trapped by Royal privilege when Meghan showed him the walk to freedom, or whether he and Meghan didn’t feel themselves privileged enough: they were placed, we gather, on ‘the back seat to other family members’ and Meghan felt 'aggrieved’.

Is it because Kate didn’t, we learn, go shopping with her one day on Kensington High Street, or because she was mocked for putting air-fresheners in St George’s Chapel (in fact, the book argues painstakingly, the Diptyque Baies-scented air diffusers were 'approved by all parties involved')? Or did the behaviour of Meghan’s own family members made her new situation untenable? On the one hand, the couple argue that their popularity threatened to ‘eclipse’ the rest of the Royals; on the other hand, they bleat about their increasingly negative press. And so it goes on: they felt ‘alone’ inside the Royals, but never alone enough ‘to operate as an actual family’, whatever that means.

Either way, the couple’s suffering is depicted in military metaphors: they arrived in Canada last Christmas ‘shell-shocked’; they left the UK, ‘battered and bruised’; Harry likened the process of separating himself from The Firm to standing in front of a firing squad.

The Sussexes are, Scobie and Durand suggest with wearing inevitability,

So what was it exactly that left the Duke and Duchess as wounded as WW1 soldiers? This is the book’s great revelation. When Harry met Meghan, William apparently suggested that rather than rushing into anything with ‘this girl’, he take his time. It is hard to believe that a former party-loving, big-game hunting, Turbo-Sloane like Harry could find snobbery embedded in the term ‘this girl’. So we have to assume that it is Meghan who explained that she, and therefore he (they had by now become one person), were being insulted and William had to be what is known as 'called-out'.

We are left at the end with the question we began with: who calls the shots? Is it Harry, with his deep loathing of the press and desire to fulfil his mother’s legacy, or is it Meghan who, in one of her most priceless remarks, mournfully concedes that ‘the powers [of the institution] are unfortunately greater than me.’