An Englishman’s castle is his home - John Goodall 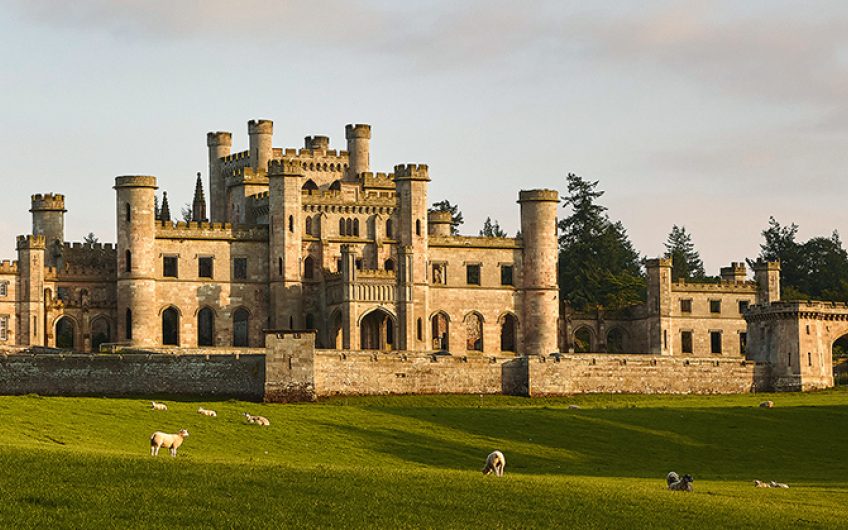 In 21st-century Britain, we are deluged with imagined visions of castles – in historical novels, fantasy films and computer games.

They don’t all aim at historical accuracy, but they underline the enormous popularity of these buildings and the idea that castles are somehow special buildings with a distinct character of their own.

What were the realities of life in castles as they existed across Britain in the past, and what informs our popular understanding of them?

The second question is easier to answer than the first. Castles have long been understood as being distinctive because they were houses designed for war.

The conventional view is that they were introduced to England by the Normans in 1066 as a tool of conquest and offered a practical means by which William the Conqueror successfully imposed his rule on an unwilling kingdom.

In the aftermath of the Conquest – the same conventional view continues – these buildings created an unstable political environment because barons could resist royal authority from the safety of their homes.

Over the next two centuries, then, an arms race began between architects and siege engineers, which brought about a flowering of castle architecture in about 1300. Thereafter, however, the growing power of the Crown and the development of gunpowder rendered castles obsolete and by the close of the Middle Ages they had gradually vanished into irrelevance.

This purely military (and medieval) understanding of the castle is not so much inaccurate as incomplete. Castles were introduced to England by the Normans, and they have always been distinguished by the architectural trappings of fortification, such as turrets, battlements and arrow loops. The historical record also offers boundless evidence of their use in warfare, not merely in the 11th and 12th centuries but much later as well. There were Tudor sieges, such as that of Cooling in 1554, and there were even attempts in some Georgian and Victorian residences to create defences that might at least resist an industrial mob.

Yet castles were never merely military buildings. Almost from the first, they also enjoyed prestige as the residences of kings, nobles and knights. Indeed, castles were buildings that expressed their power, celebrated their vocation as a fighting class and reflected their wealth.

The greatest of them also commanded estates including parks – reserved for the jealously guarded aristocratic pleasure of hunting – and were commonly associated in the Middle Ages with settlements and ecclesiastical foundations including monasteries or colleges.

So while castles may have begun as fortifications, they almost immediately became something more; an attribute of nobility.

Indeed, the word noble came to be applied both to the appearance of these buildings and to the quality that distinguished the people who lived in them.

In this character – contrary to what is often assumed – castles outlived the Middle Ages. Buildings such as Belvoir Castle or Windsor Castle have carried the trappings of medieval nobility unbroken into the 21st century. No less important, every generation has enjoyed creating its own examples of this most prestigious form of residence: from the Little Castle at Bolsover in the early-17th century, to Castle Drogo in the early-20th, by way of such intermediaries as Castle Howard, Highclere and Castell Coch.

A central misconception about life in castles – which follows on from the received view of these buildings as fortifications – is that they were necessarily functional and comfortless.

Instead, they need to be understood as great residences created for wealthy and pleasure-loving owners. Externally, they made play with features such as turrets and battlements, but these didn’t always have to be functional. Internally, they were often splendid rather than spartan.

At the Tower of London, for example, you can visit Edward I’s recreated apartment in Traitors’ Gate, with its 13th-century tiles, wall paintings and furnishings reimagined. And in Scotland, the 16th-century royal chambers of Stirling have been splendidly re-dressed. If all this seems too earnest, you can also find King John, dressed in his coronation regalia, relieving himself on a 12th-century latrine in the keep of Carrickfergus Castle, Northern Ireland.

Some of these evocations of castle life (though not perhaps the last) are based on the most exhaustive scholarship, but in certain ways they fail to capture the reality of what these places must have felt like. Until the 17th century, noble families travelled tirelessly between the residences they owned, carrying their furnishings with them. These displayed their wealth in a way that heritage organisations – which have never enjoyed the resources of the genuinely powerful – struggle to recreate.

For example, bullion was prominent in the furnishing of the wealthiest medieval households, appearing in utensils, jewellery and plate. It could also be woven into tapestry, the most highly prized English wall covering from the 14th century to the 18th century.

Tapestry was easily portable and brought dazzling colour, imagery and warmth to the domestic interior. Opulence of this kind is impossible to recreate today but – in a different idiom – it’s still apparent the furnishing of some castles that remain in private possession, as for example in the art collection and furnishing of Windsor.

Added to this, noble life, even into the 17th century, was lived communally, formally and at scale. In the 1340s, Lord Berkeley maintained a household of around 300 people, including 12 knights and 24 esquires, each one accompanied by a page. All these men were liveried in a garment of ray and crimson (a type of woollen cloth with stripes), lined with different kinds of fur depending upon their degree: miniver, coarser miniver, coney and lambskin, termed budge.

The strict protocols that applied to daily life in the Middle Ages were perhaps most clearly expressed in the rituals of dining. Meals were served publicly in carefully choreographed ceremonies involving a wealth of specialist staff in livery.

At Durham, the Bishop’s Hall had specially constructed trumpet lofts for musicians to play. And good food splendidly presented has always been an obsession of the wealthy. The scale of surviving late-medieval castle kitchens not only makes the point but brings home the industrial demands of feeding a great household.

As well as accommodating the luxurious life of the very rich, castles also had a less appealing but longer-lasting function as centres of administration and judicial proceedings. Halls were regularly used as courts, and many castles held jails or dungeons. The idea of castles as tools of arbitrary power stretches back into the Middle Ages and was particularly celebrated in fiction much later, in the genre of the Gothic novel. Lancaster was the last castle to close as a prison, as recently as 2011.

Finally, the conventional view of castles as military buildings has also persuaded us that they belong firmly to the past.

In one way, that seems self-evidently true because, in Britain today, we are surrounded by the ruins of castles. Some were abandoned in the Middle Ages; others were destroyed in the 1640s either during the hostilities of the Civil War or in its immediate aftermath.

Nevertheless, many medieval castles survive today as occupied buildings, and many 18th- and 19th-century buildings of the Gothic Revival consciously assume the form and title of castles.

We still live with castles – and they with us.