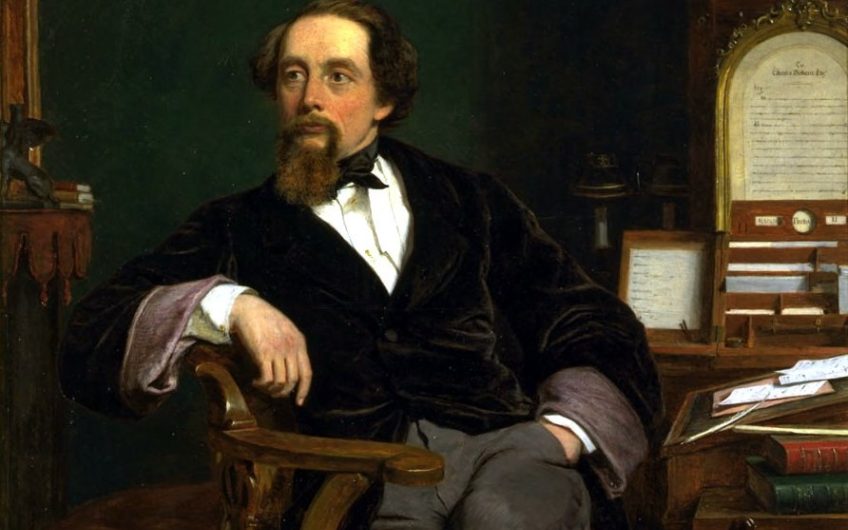 Those who spray-painted the Dickens Museum in Broadstairs with the words DICKENS A RACIST were unfortunately accurate in their description.

In 1865, there was a rebellion of plantation workers in Jamaica. The manner in which it was suppressed provoked outrage. That eloquent liberal John Stuart Mill, called for the Governor of Jamaica, Edward John Eyre, to be prosecuted for murder.

The rebellion had been instigated by a Baptist preacher called Paul Bogle, now a national hero in Jamaica. In the course of the uprising, 18 British militia-men were killed. Eyre’s response was to have 600 Jamaicans flogged. He burned down 1,000 houses and killed 439 people, including one of the mixed-race members of the Assembly, George William Gordon. The only possible defence for Eyre’s monstrous, truly monstrous, behaviour, was to suggest that Black Lives really do NOT matter. Eyre was prosecuted but he was exonerated in the Queen’s Bench, his legal costs were paid for by the Government and he lived out a comfortable retirement in Devon.

The incident was not typical of the way the British Empire was run. The very fact that John Stuart Mill, and other decent individuals, wanted to prosecute Eyre for murder shows that Victorian men and women did have a conscience about it.

Charles Dickens, in common with many others, vigorously defended Eyre’s position. It is not the only example of Dickens’s racism. The depiction of Fagin in Oliver Twist is plainly coloured by all the old antisemitic stereotypes. His mockery of Mrs Jellyby, in Bleak House, stems from her wish to support African charity-work .

In my recent book, The Mystery of Charles Dickens, the mystery is – how could such a mixed-up character have come to write such wonderful books? And, more, how could someone who was so genuinely humane have been so monstrously unkind, domestically, and – on occasion publicly. He was, for example, an assiduous prison visitor, but he pressed for ever tougher, and more pointless punishments in British prisons.

The answer is, of course, that we are all a mixture of good and bad, and in the case of great geniuses, the extremes of vice and virtue are often glaring. When it came to pricking the conscience of the steel-hearted Victorians about child poverty, no one did it better than Dickens. When it came to imagining what it would be like to work as a poverty-stricken, recently liberated slave in Jamaica, the great novelist’s capacity for empathy deserted him.

Does this justify someone vandalising a Dickens Museum? That is for the magistrates to decide. We live in angry times. John Stuart Mill, who denounced the behaviour of Governor Eyre, worked for many years, as did his father, for the East India Company which exploited, diddled, and murdered many of his fellow-mortals. The past is a bloody awful place. We maybe learn more about it by reading the words of our ancestors than by smashing their statues or daubing paint on walls. But such actions are, I am afraid, very understandable.