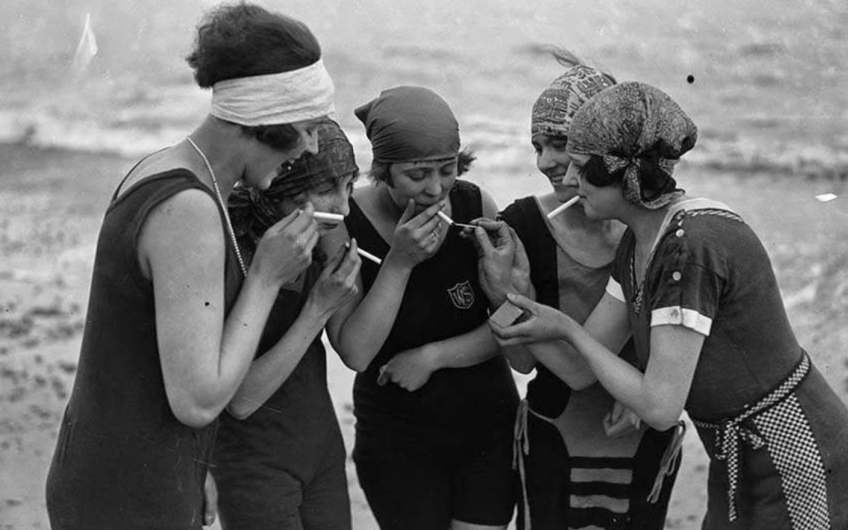 In ‘The Rich Boy’ (1926), F Scott Fitzgerald wrote, ‘Let me tell you about the very rich. They are different from you and me … They think, deep in their hearts, that they are better than we are.’

Fitzgerald got that wrong – I think, deep down, it was Fitzgerald who believed the rich were better than him.

He felt guilty because he knew that he, too, could have achieved stratospheric levels of wealth, had he spent less time partying and more time slaving over his typewriter. When we conceive an illogical hatred, it’s always projection.

Yes, the rich are different; not because they despise the non-rich, but for other reasons.

Take summertime – the living is easier for the rich: they don’t have to hang about, waiting for people to pack. They travel light because they’ve found they can always buy what they need when they get there. Things are even easier if you have your own jet, too. Did you know it’s a breach of etiquette to ask someone for a lift on their jet – even if you’re going from the same city to stay with the same people?

‘The whole point of having your own plane is the bliss of not having to worry,’ a billionairess once told me. ‘Once you have to think about other people being flaky or late or forgetting their passports, you might as well take a normal flight.’

If you do make the mistake of having impoverished house guests, what happens when you get a better invitation? Your guests were expecting a week of pool and beach life in the Hamptons. Now you’re forcing them and their hefty luggage onto your jet, and flying them down to a party in Mexico. They’re looking anxious about how they’ll get back to the Hamptons and then back to their jobs in London, because they heard you talking about stopping off in the Caymans on the way back. Best if people have their own transport.

The rich are different because they look so much better than the non-rich. It’s not just the clothes; it’s the infrastructure – the dentistry, laser surgery, non-surgical facelifts, rolfing and the lymphatic drainage. And then, for the men, the light permatan. The skin is always slightly olive – from globally sourced, year-round sunshine. It makes the teeth look whiter.

The rich are as lazy as you and me but they’re fit. Their bodies are taut, rather than slack, because they have a paid bully coming in every morning to put them through their paces. And they don’t have to carry coats, bagwoman bags, briefcases or rucksacks. Their driver has everything they might need in the car.

They are also well rested and un-tense; not just after their summer break, but all year round. They haven’t had to drive, clean up, spend a day looking for mislaid keys or hanging on to speak to someone in India about being overcharged by BT.

Then take nutrition. I know twin sisters. One works for her living and eats a metropolitan daily diet of granola, Pret Caesar salad, steamed fish with vegetables and adrenalising caffeine, to keep faintness at bay in her fluorescent strip-lit office. After work, she drinks Prosecco and Pinot Grigio.

Sister Two, who married a billionaire, has pawpaw with lime, grilled Dover sole and six oysters with seakale, sluiced down with vintage champagne. She follows Madame de Pompadour’s line – ‘The only wine a woman can drink and still look beautiful afterwards is champagne.’ One sister is thickset, pouty and irritable; the other a veritable flower of a woman.

Still, the rich are enraged by their servants; and, other than sacking them, there is little they can do about that. Barbara Black, wife of Conrad Black, the former Telegraph proprietor, owned four houses. She was maddened by the idea that the three sets of servants in the houses they weren’t using might be putting their feet up.

The rich are different because they have less fun. Yes, it’s true. Fun (not hell) is other people. We can pay £100 a week each to rent a Landmark Trust property sleeping twenty. We’ll have to cook and clean all day, but we will be laughing all day, too.

But the rich can’t even get other billionaires to come and stay (unless a deal is in the offing), because they have their own sprawling holiday homes they haven’t been to for months. For the reasons stated earlier, they can’t invite non-rich friends; so the house party ends up consisting of tennis coaches, security men, art dealers, decorators and children’s tutors.

And they’re lonely. Does their partner love them or their money? It’s hard to tell – especially if they haven’t been loved themselves as children. A teacher at a private prep school in London, who raised the subject of various children’s unhappiness with their rich, often absent parents, was constantly told by them, ‘But how could he be unhappy? He has every toy that money can buy.’

The rich have forgotten that all a child wants is his parents’ love and attention. Instead, they’re abroad, making use of one of their other houses or partying with alphas at some recherché spot on the globe, accessible by private jet only.

When Fitzgerald said, ‘The rich are different from you and me,’ Ernest Hemingway supposedly responded, ‘Yes, they have more money.’

They also have less love.