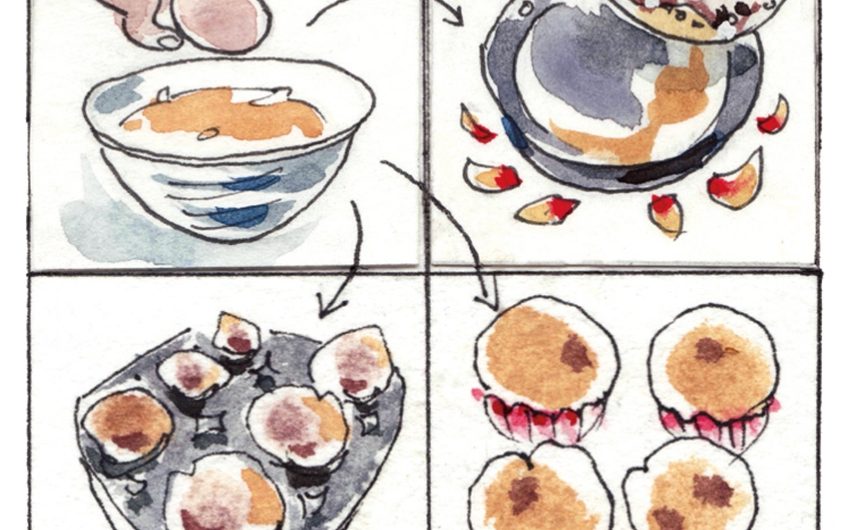 On World Food Day, Elisabeth Luard encourages us to get in the kitchen and cook. What better guide than Niki Segnit's superb cookbook,

Niki Segnit’s Lateral Cooking (Bloomsbury £35) is a spectacularly good cookbook. If it were a novel, it’d be a shoo-in for the Booker. And I speak as one not totally enamoured of her previous bestseller, The Flavour Thesaurus, owing to an unreasonable dislike of pie charts (there’s one on the cover). All is forgiven. If ever there was a need for someone to explain in grown-up, non-cheffy language the process of preparing, say, a risotto in bianco to those of us who can cook as well as those of us can’t but watch Masterchef and dream that we could, now’s the time and Segnit’s your woman.

It has to be a woman. It could have been a man who walks into a female kitchen – figuratively speaking – opens the fridge, decides what to cook, peels the veg and does the business without someone else prepping-up and dealing with the mess, but this is simply because he’s not behaving like a chef. Chef – as in top of the heap. The woman or man who can chop an onion into tiny identical squares with a specially sharpened samurai knife that no one else is allowed to touch.

To return to what’s undoubtedly the cookbook of the year – possibly the decade – what you will learn is how stuff happens. Recipes are incidental to the text, provided in easy-to-follow, numbered stages. But the chief delight is the way the writer’s mind works: no one else would make the connection between brown-bread ice cream, bedtime Horlicks and Momofuku’s Cereal Milk. Brilliant.

What this genius woman talks about is her own experience. And if it’s someone else’s, she tells us whose. Namechecks range from Fergus Henderson to Hannah Glasse to Ottolenghi to Fannie Farmer. The basic premise is one recipe leads to another; bake a biscuit and all others will follow. The idea is to teach the unteachable: the confidence to get in the kitchen and cook. Revolutionary, eh? Amen to that.

The three are interchangeable, batter-wise, but final cooking differs. Quantities are sufficient for eight 20cm crêpes or a single Yorkie baked in a 22cm square tin or six popovers baked in tall dariole moulds. Step 4 is a digest of the full instructions in the book – a treat in store.

1. Put flour in a bowl and whisk in salt.

2. Make a well in the centre and whisk in the egg as far as possible, then slowly pour in 1 cup milk, whisking and drawing the flour into the liquid to make a smooth batter. Gradually whisk in the remaining milk, holding some back if you think it will make the mixture too runny.

4. For crêpes, heat a little butter in a frying pan and pour in as much of the batter as will cover the base, allow to brown on the underside – 30-90 seconds – flip and cook the other side. For Yorkshire pud(s) or popovers, heat the oven to 220C, pour the mixture into greased, preheated tin(s) and bake for 20 minutes, which should be enough for individual Yorkies. For a single-tin Yorkshire and popovers, reduce heat to 190C and allow another 10-20 minutes.