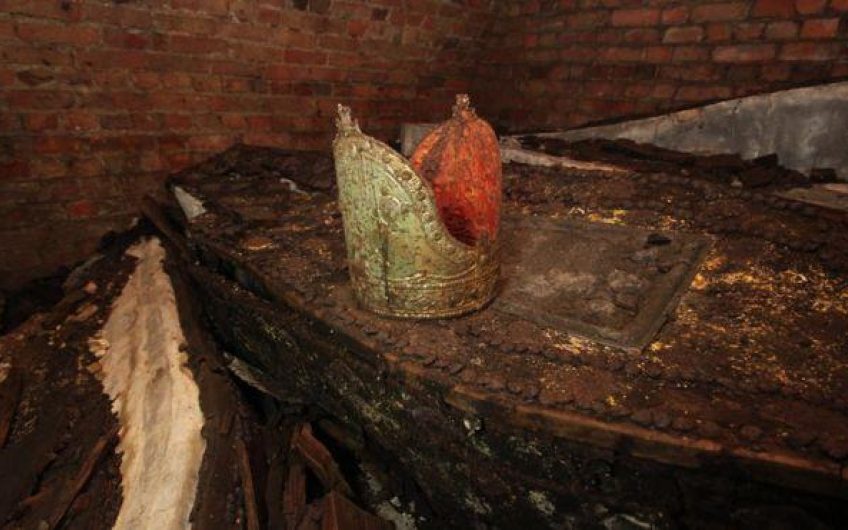 I was lucky enough to be the first outsider to peek inside the lost tomb of St Mary's, Lambeth – where five Archbishops of Canterbury, unknown to the world, had been buried centuries ago.

They were only discovered when builders, working on the refurbishment of the Garden Museum, housed in St Mary's, accidentally cut a hole in the altar floor and found a hidden burial vault.

What a tremendous, scary, gripping thrill it was, staring down into the secret tomb. There lay a pile of thirty lead coffins, their timber sleeves long rotted away. And there, on top of one of them, was an archbishop's gold and red mitre, gleaming in the light of my torch. One of the archbishops even turned out to be Archbishop Bancroft, who oversaw the translation of the King James Bible just over 400 years ago.

It was a tremendous find - Indiana Jones meets the Church of England. It was also a heightened example of the extraordinary treasures in practically all our ancient parish churches.

Their great age is key. St Mary's was originally built in 1062, 150 years before the much bigger, much grander Lambeth Palace next door. It was that great age – together with the religious power of a parish church – that meant the archbishops chose to be buried in humble St Mary's rather than the mighty archbishop's chapel at Lambeth Palace.

That same age and religious power mean our churches, across the country, have been exceptional magnets, for centuries, to architects, sculptors and artists, building magnificent gravestones, monuments, frescoes, altars, fonts, pews, vaults and pulpits.

Not every parish church has five archbishops under the altar; practically every one has at least one object of extreme historic interest or great beauty.

Picture: The Archbishop’s mitre on top of the Lambeth coffins

The strange beauty of tourist-free London