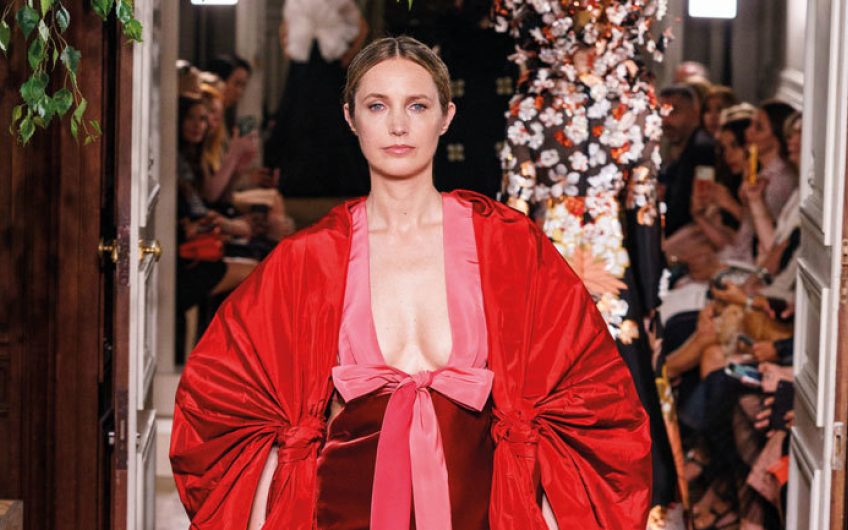 As it's announced that a modelling theme park, ModelLand, is due to open in LA in May, Cecilia Chancellor explains her model comeback

I cashed in my pension when I was 35 years old.

The pension company didn’t bat an eyelid, fully accepting that my career would be over by then. It was hard to argue that a model’s career would continue beyond that age. So I never expected to find myself, only a few days before my 53rd birthday, really quite busy with some prestigious and lucrative modelling jobs.

Back in the late 1980s – in the days before computers and mobile phones – when my career first took off, modelling jobs for older people were mostly limited to dowdy pictures in second-rate women’s magazines. The high-end catwalk shows, editorial jobs and ad campaigns were exclusively reserved for the young. Only the young models were photographed by the best photographers, who in turn used the best stylists and hair and make-up artists. This gave these young models another huge advantage in how they were presented to the world.

Things have moved on a bit, but I was still extremely surprised to be invited to walk in the Valentino Haute Couture Autumn 2019 show in Paris this July. This is about as wonderful and ‘high fashion’ as it gets. The clothing, all extremely expensive one-off pieces, is designed by the renowned Pierpaolo Piccioli and handmade with extraordinary skill and attention to detail by his white-coated atelier staff.

Valentino Haute Couture is not so much about reality, but rather transcendent beauty, dreams and exquisite perfection. So change is really in the air if they were asking me, then 52 years old, to walk in their show.

I really wanted to do it, but knew I couldn’t manage the potential humiliation of struggling to walk in heels in such a high-profile show. Amazingly, they seemed willing to accommodate my footwear needs – so off to Paris I went.

I kept having to remind myself they had booked me knowing I was 52 and didn’t expect me to look like a teenager.

In the end, I found them to be understanding. They were obliging about adjusting my dress to give it a bit more room, gave me flat shoes to walk in at my request and spared me the ordeal of bleaching and re-dyeing my eyebrows. They even rigged up a private changing area for me, as they did for the incredible Lauren Hutton. We were the oldest models and the only two in the show with this privilege – a first for me. I wasn’t sure if it was to protect us from the embarrassment of exposing our older bodies, or to protect the poor youngsters from the sight of them. Either way, I much appreciated a place to take a few deep breaths, shielded from the press frenzy and backstage madness.

The show took place in the wildly grand Hôtel Salomon de Rothschild. The atmosphere was intense, with paparazzi desperately jostling for pictures of front-row guests Gwyneth Paltrow, Céline Dion and Naomi Campbell. It was inspiring to see Lauren Hutton at 75, more than two decades older than me, looking so radiant and elegant on the catwalk. It made me think that it might be nice too for the young models to see that, as they age, there may still be a place for them on the catwalk and in modern culture’s definition of beauty.

Pierpaolo Piccioli has said ‘couture is essentially about one of a kind, which is about individuality’ and that ‘the only way to make couture alive today is to embrace different women’s identities and cultures’.

Diversity is happily now in fashion; magazines, designers and advertisers are joining the trend. Beauty shines through people of all races, sizes and ages – and it’s about time that was reflected in the media.

Social media have also played a part in this diversity trend. Clients and magazines interested in reaching a large audience prioritise models with huge Instagram followings, who may not be the traditional, archetypal beauties. This is good news and opens doors for lots of different models. However, I do sometimes wonder whether some potentially great models may be slipping through the net because they are not comfortable promoting themselves on social media.

There are plenty of disadvantages to being an older model: having to convince sceptical studio managers that you are in fact the model when you turn up for work; not fitting all the clothes; not being able to wear just anything and still look good; not always having teams who know how to get the best out of you in terms of lighting, styling, hair and make-up. On rare occasions, I’m uncomfortable with feeling like the token oldie and being the face of ageing.

It’s tempting to try to get rid of the signs of ageing with Botox, fillers and facelifts. I have chosen not to do any of that for the time being. It’s the older models who have chosen not to go that route who are getting the most work. Botox- and filler-free faces can move more freely and naturally with the

full range of expressions, and any imperfections in photographs can be retouched later. It is character and individuality that make an older face beautiful.

There are also plenty of advantages to being an older model: having experience and confidence; being treated with a bit more consideration; having more permission to be real and imperfect. I am so much more appreciative of being made to look my best by a team of incredibly talented, hard-working professionals than I used to be.

Whatever a model’s age, the modelling industry is fickle and fairly ruthless. I’m thrilled to be having this unexpectedly busy time and am planning to enjoy and make the most of it while it lasts.